Finally got those Camp Olympics photos. We had a lot from the first few activities, but it seems our counselors got pretty into the activities as time went on and fewer and fewer photos were actually taken. Some of the counselors also had to go up to the campers’ cabins to set up for the final event.

First things first, we had to split the four teams into two groups – Team Green Machine joined forces with Team Inchala (maroon) and Team Gobez (yellow) was joined by the Brilliant Blue Beasts. 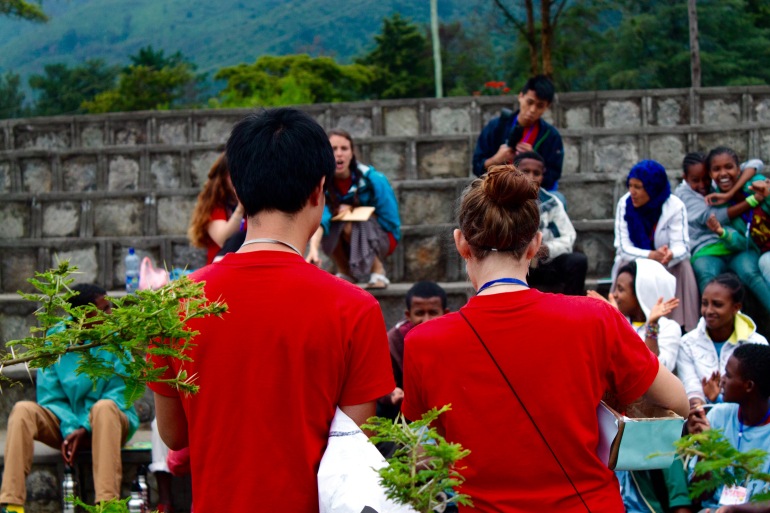 The first event was a water balloon toss. At almost every step back another team was disqualified until the final pair left standing were blue/yellow teammates. Guided by their PCV counselors, the winning water balloon was thrown at me – soaking me and getting me even more into the spirit of the day. 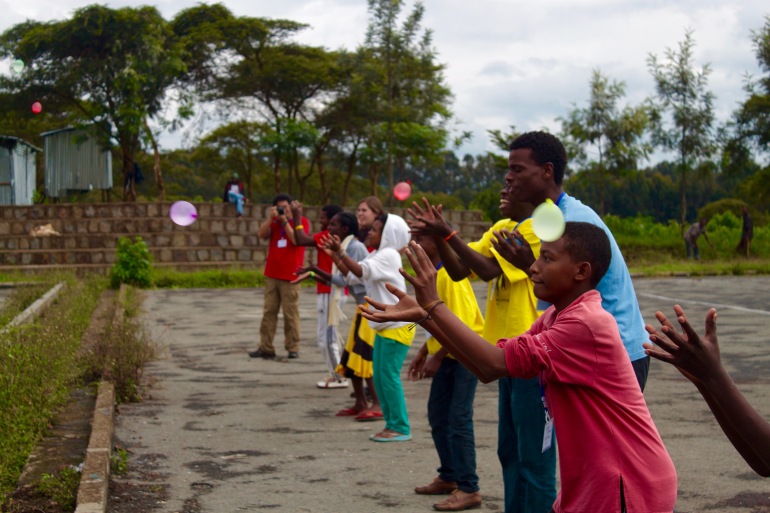 The second event was a heated tug-of-war dominated by the green/maroon team. Blue/yellow gave it their best shot, but they didn’t stand a chance. 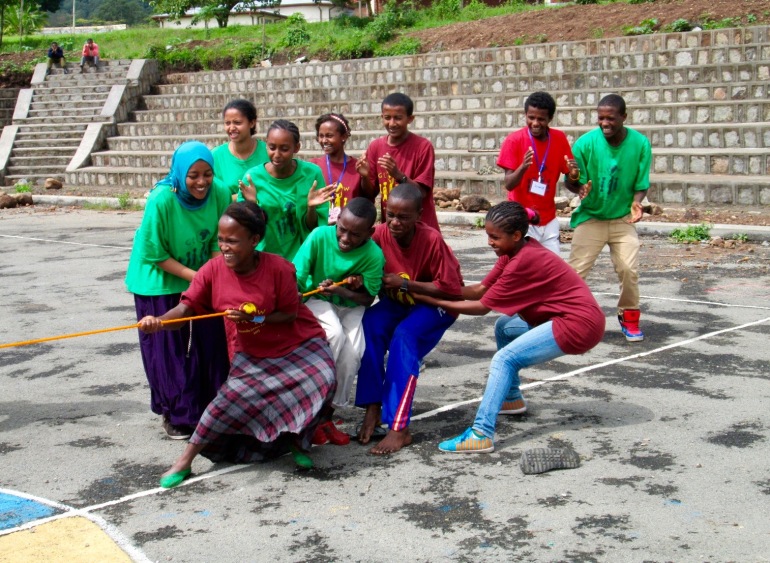 So by the end of the second event, it was tied…1-1. Their third challenge was tank and driver. A game I had never heard of before Frank mentioned it. Everyone playing has a partner, one person – the tank – is blindfolded and the other person – the driver – must guide their partner through the field to pick up balls to toss at opponents with the hopes of hitting them and getting them out. The goal – to be the last team standing. The winning girls (from team yellow/blue) were pretty elated to score the point for their team. 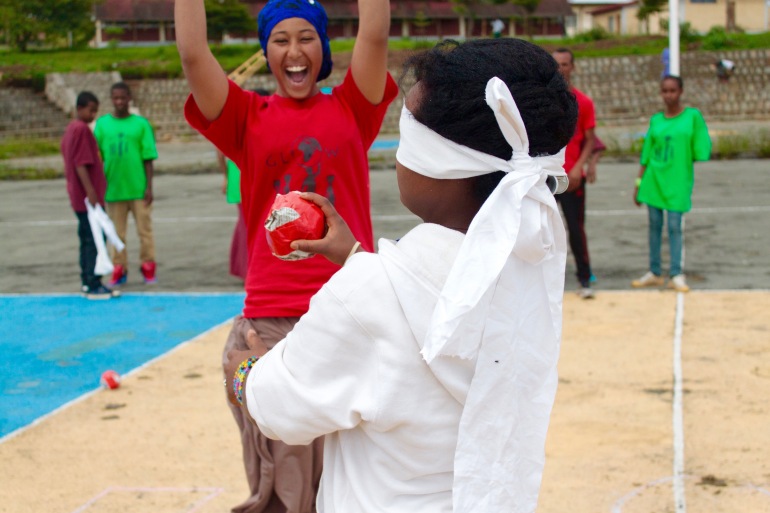 Next, we had match for the minds – charades. Once again team yellow/blue took the victory, but that didn’t stop team green/maroon from throwing their all into the relay race. It was another resounding victory for team green/maroon, though it only brought their score to 2-3. 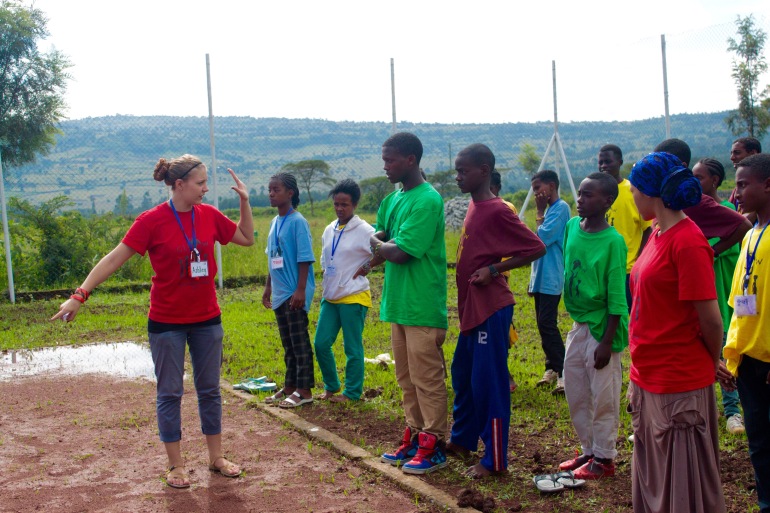 Then it was time for the twist – the winning team would be broken up into their original colors and would compete for first place in an obstacle course. After a water balloon pass, tightrope walk, balloon weave, hopscotch hot lava, Frisbee toss, and three-legged race, the Brilliant Blue Beasts claimed the victory at Camp Olympics.

The campers were then told we were returning to their cabins for an awards ceremony, but once there, counselors who had spent the day filling hundreds of water balloons ambushed them. A massive water fight ensued with no clear winner : ) 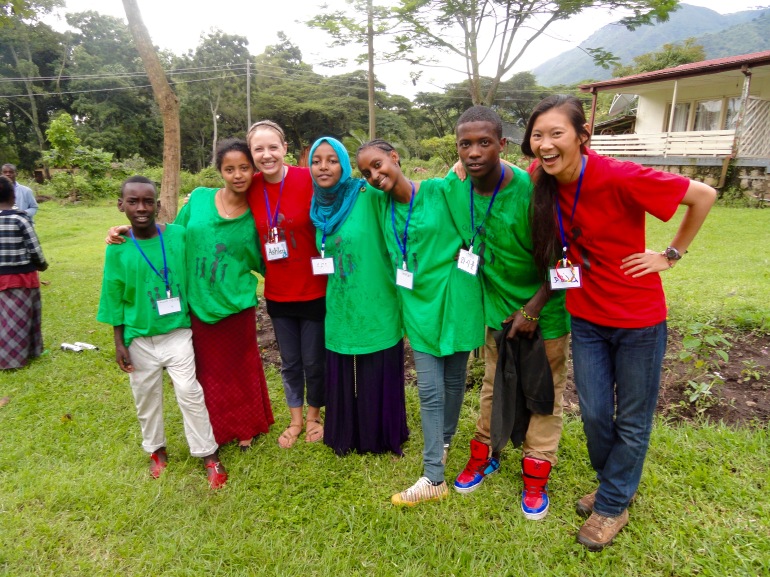 Afterward, we had our real awards ceremony, followed by dinner, and then a campfire. As the s’mores were created and passed around, the campers formed circles and showed everyone their local traditional dances. Some of us counselors then jumped in to show off our American dance skills. 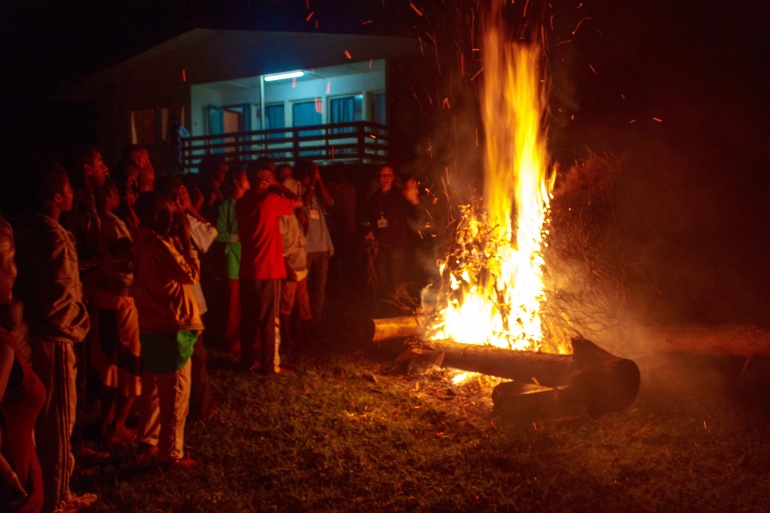 The following day was filled with tears and goodbyes and promises to stay in touch. The campers have even decided to meet up for a reunion in the next few years. It was an incredible week and one I’m so glad I was able to be a part of. 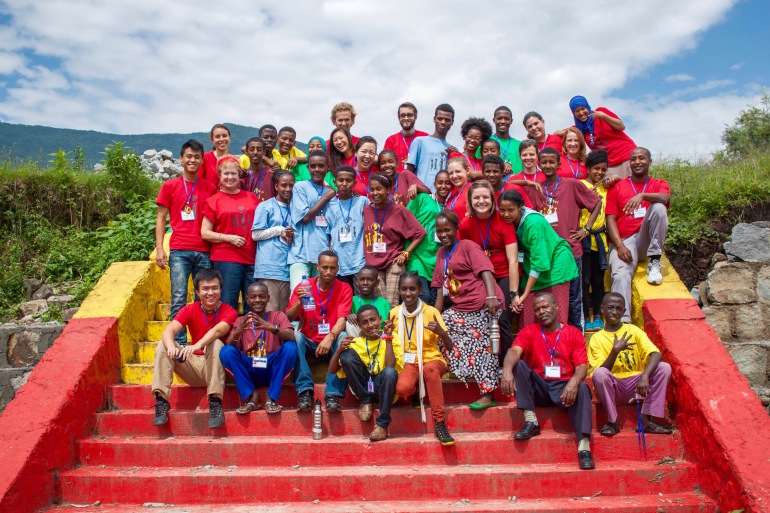