I’ve been a vegetarian for 8 years now, and by far, the most disappointing holiday is Thanksgiving. It’s become a, “sure…I’ll have a plate full of mashed potatoes, raw carrots, and a roll” kind of day. I have to admit, living abroad, I don’t really miss it.

But every year, our school celebrates its cultural diversity by hosting an International Festival Day. The day kicks off with a parade filled with the flags from each country represented at our school (60 in total).

The rest of the afternoon is filled with enough eating to put Thanksgiving to shame. Many countries put up tents and serve (free!) cultural food in an effort to share their diversity and culture with each other.

This year, I counted 20 tables in all and two of them were continent tables: Europe, comprised of countries like Germany, Italy, Ireland, and more, and Central/South America featuring foods from Guatemala, Mexico, Bolivia, and Venezuela. The Nordic countries (Sweden, Norway, Denmark, Finland, and Iceland) also banded together to offer a lot of deserts and pickled fish!

Walking around those tents, I kid you not, I filled my plate about three times. I’ve decided the only acceptable way to spend time in line is eating and waiting for your plate to be filled again.

And all of the food was so unique and interesting…instead of eating stuffing, turkey filled with stuffing, and gravy made out of turkey juices. I got to stuff my face with incredibly diverse food options. Even countries you might assume to be less vegetarian friendly had something we could eat. At the Central/South African table many of their rice and bean mixes also contained beef, but one of the parents handing out the food told us that she too was a vegetarian and had set aside a couple of meat-free samples.

Middle Eastern countries of course always have loads of vegetarian options and I honestly would have been content walking back and forth between the Indian and Turkish tents.

By the end of the day we were stuffed and content. And thrilled to work at such a diverse school. The photos below are of some of my favorite stalls, or at least the ones that photographed well. It was an incredibly sunny day! 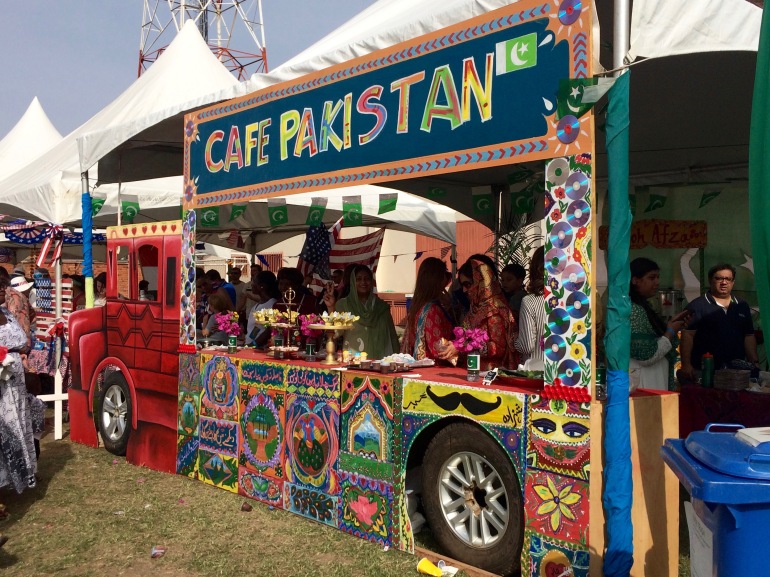 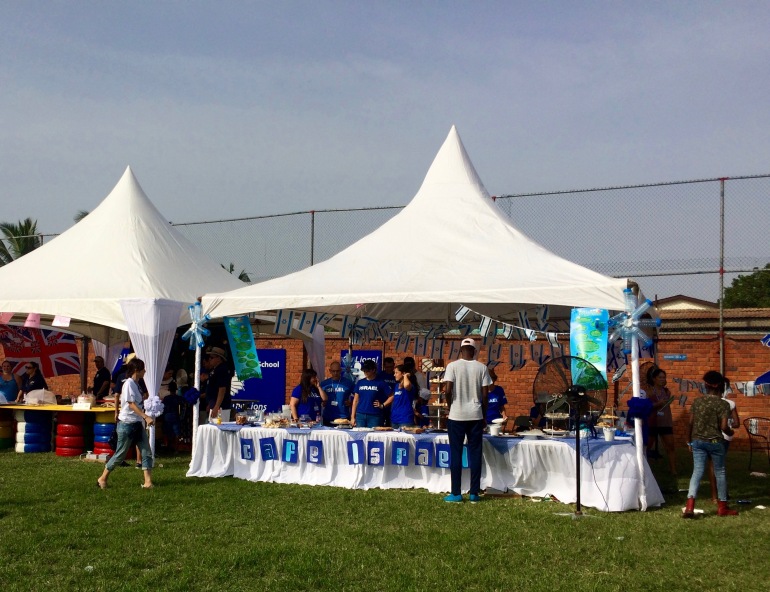 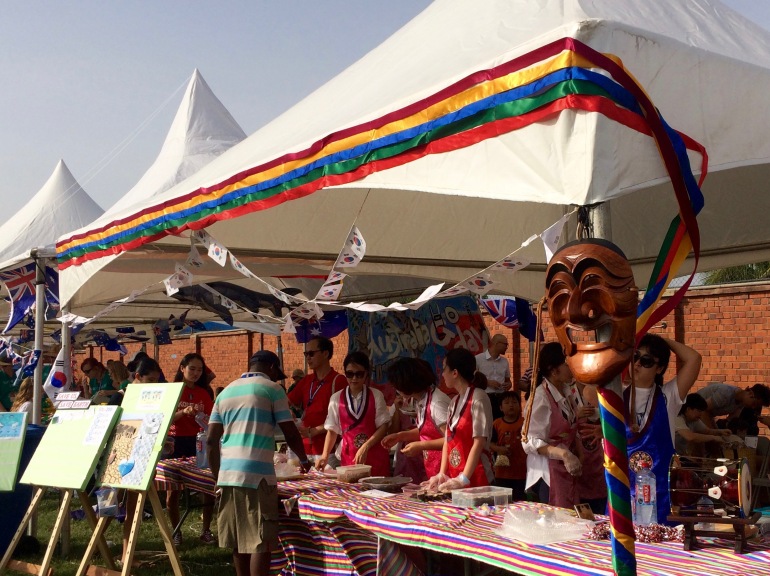 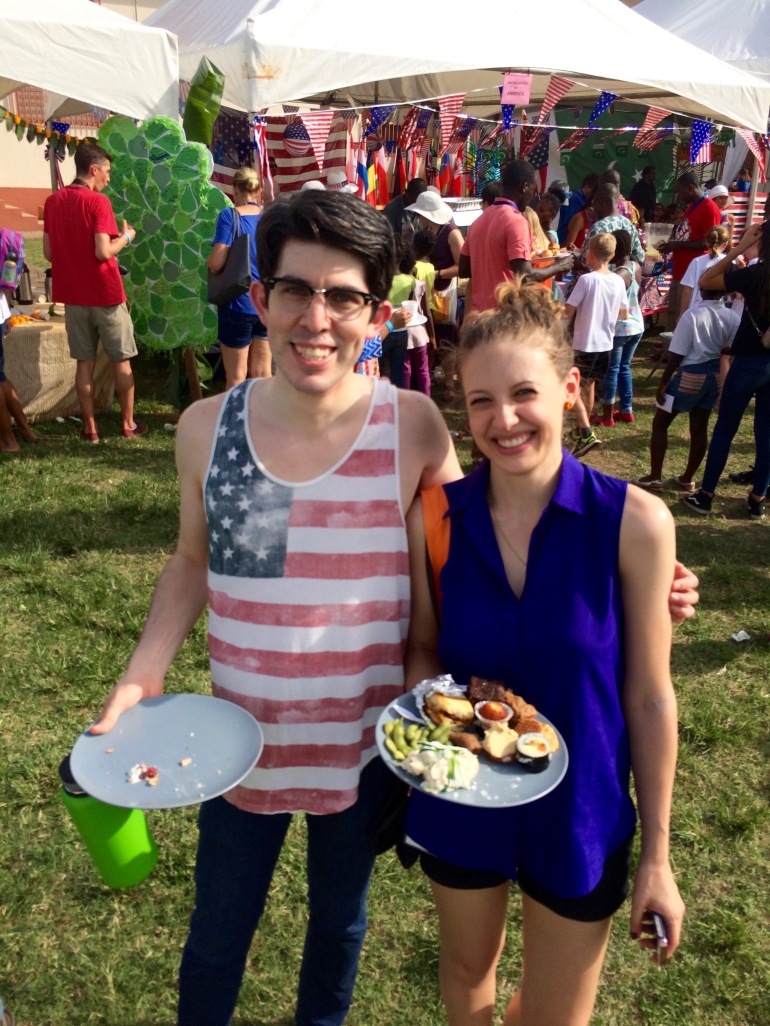 For the record, we got the same amount of food. He was just better at talking and walking and eating and sweating than I was : ) Which meant I got to bring home leftovers!