My last post may have been about Ireland getting a little “too outdoorsy” for us – at least the Diamond Hill Walk in Connemara National Park was. Our trip to the Cliffs of Moher, however, had the opposite effect.

Perhaps this should come as no surprise, given that the cliffs are Ireland’s most visited natural attraction, receiving up to one million visitors each year.

I will say that the Visitor Centre was quite brilliantly built into the hillside, minimizing the visual impact on the surrounding scenery. But the paved pathways at the entrance, while providing access to all, do their fair share to take away from the naturalness of the scenery. 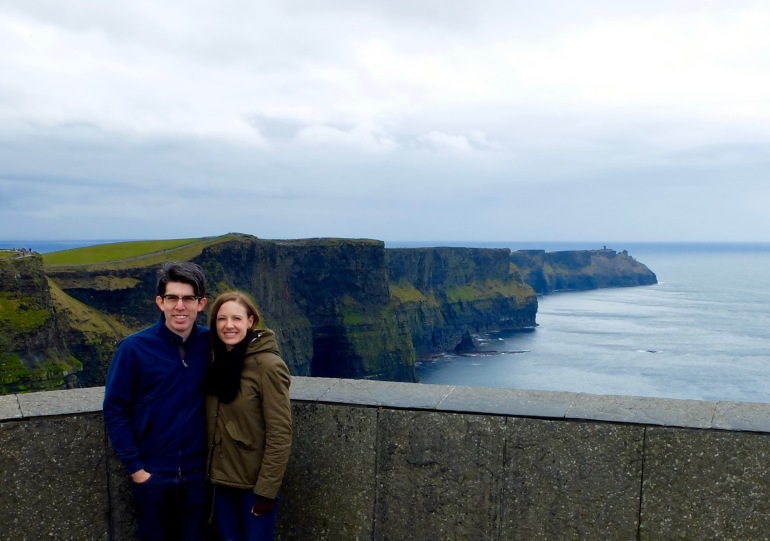 Which is not to imply that the cliffs are not still stunning. They are. And to be honest, the paved path is probably no more than a 15 minute walk from one end to the other – with a picnic space to the south and O’Brien’s tower to the north. 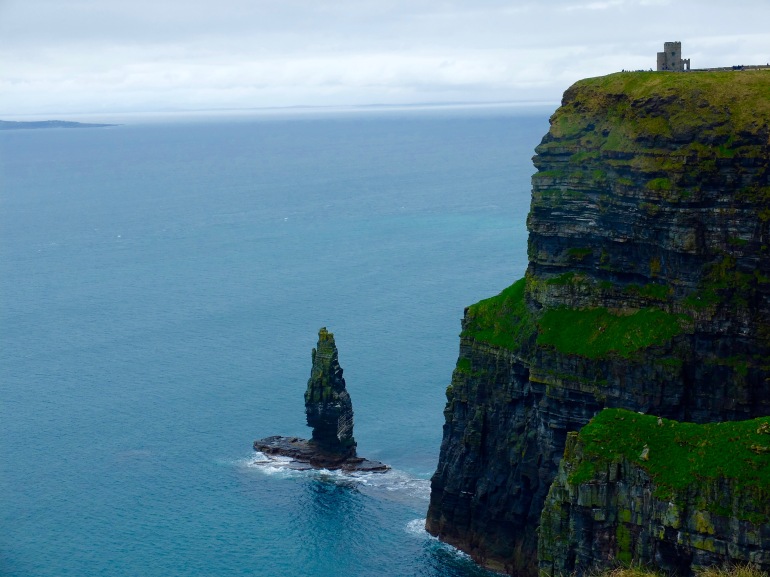 But it was nice, once the pavement fell away (and over half of the other visitors), with the mud squishy under your possibly ill-planned shoes (maybe that was just me), that you got to imagine the cliffs as they once were. Undisturbed – except for the tower, that was built in 1835 to accommodate the tourists that were already flocking to the site.

And who can blame them? 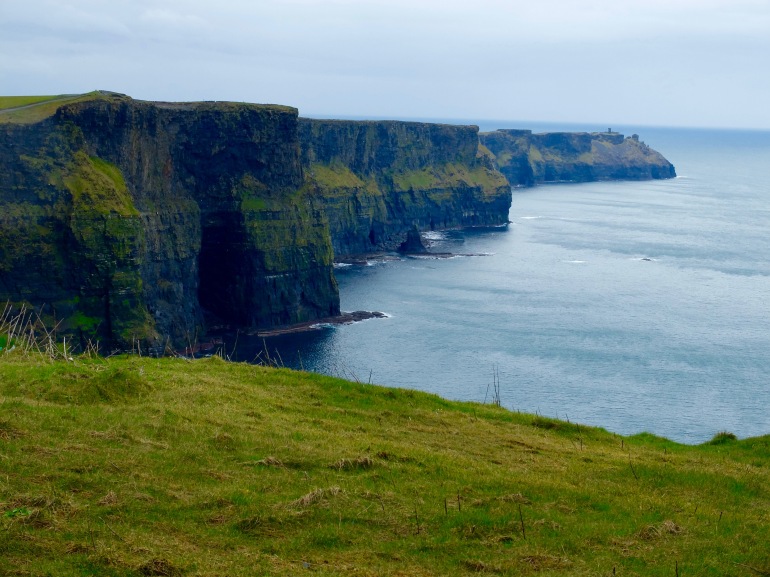 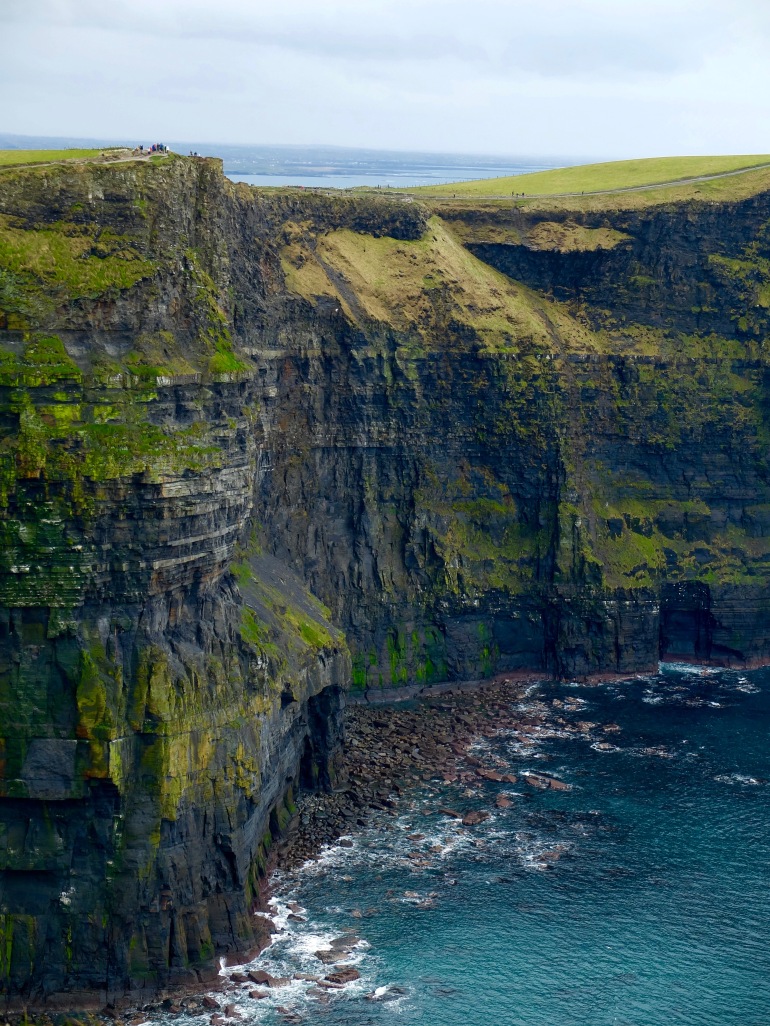 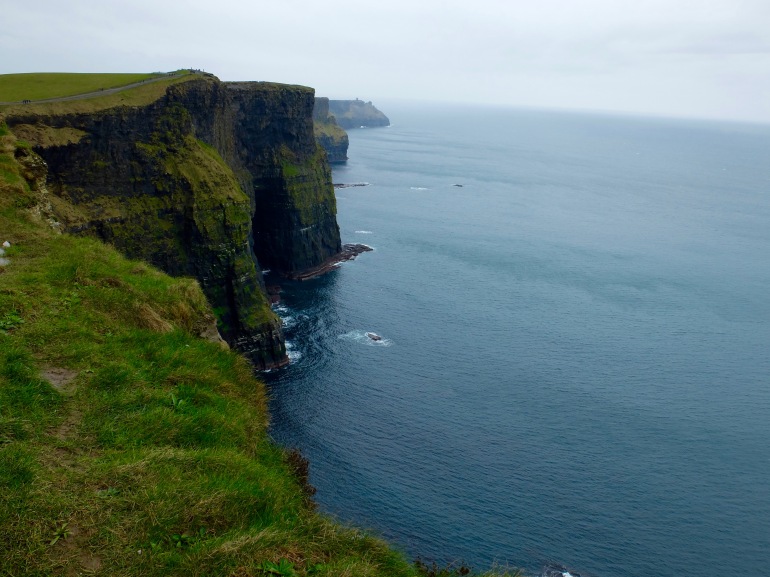 And these photos definitely don’t do the cliffs justice. Even in the mist they were impressive and vibrant.

If the weather had been better, that is to say less rainy for me and less windy for Chandler, I would have loved to have spent more time there.

But I consoled myself with the fact that we’d return (fingers crossed for summer 2020) and give the cliffs a proper hike.

On the drive back to Galway, we detoured a bit to stop in Kilfenora for lunch at Vaughan’s Pub. We had read about the place in Lonely Planet and while it seemed a random spot to stop in, the food was fantastic. 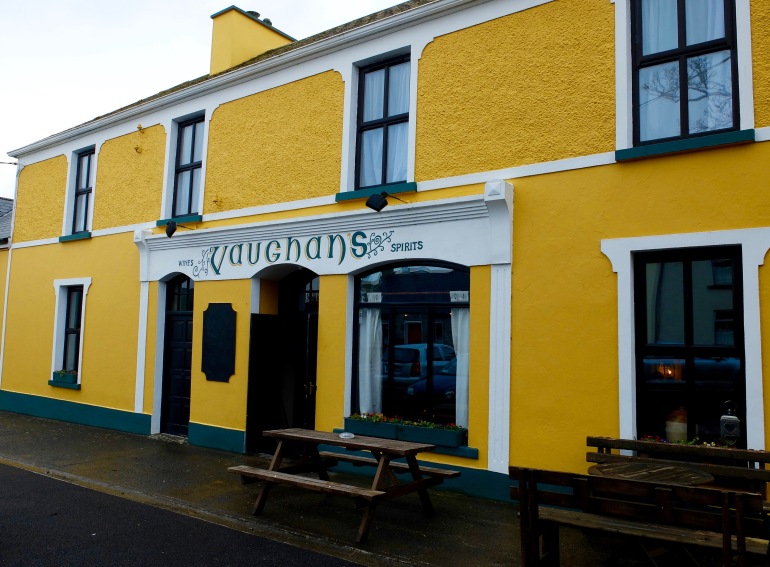 Brightly painted on the outside, but gloomy on the inside, even with a fire raging, we were greeted by quiet stares from the five locals already drinking their pints when we entered.

Chandler and I had the fresh vegetable soup and after a bit of finagling, grilled cheese sandwiches and chips. But even the staunch vegetarian in me had to sample the mashed potatoes and cooked carrots in Lesia & Erica’s Guinness Beef Stew – amazing.

Our last stop before returning to Galway’s tiny restaurants, giant pubs, and quaint shops, was Dunguaire Castle near Kinvara. Charming and desolate, I have a feeling it looked better on our overcast day than on a sunny one. We arrived just as they were closing, which was fine, because we were more than satisfied with a walk around the grounds. 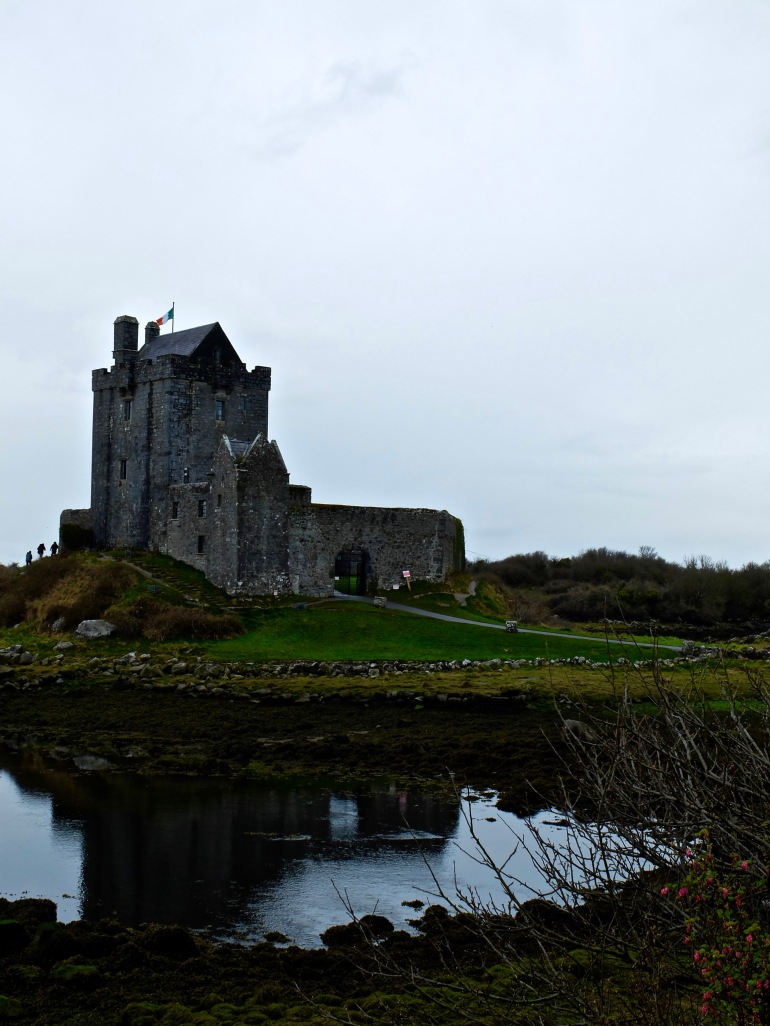 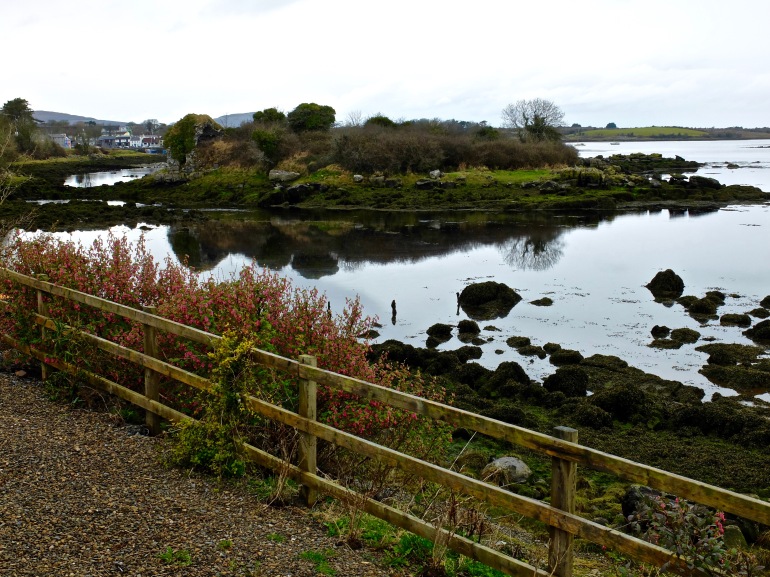