If you’ve read my last two blogs about Berlin, you might think we spent the whole week eating and looking at art. And you wouldn’t be wrong. But we did have time to toss in a few other interesting activities along the way.

Not quite a museum, the East Side Gallery‘s open-air murals painted along the 1,316 meter remnant of the Berlin Wall are a vivid, yet beautiful reminder of Berlin’s history. 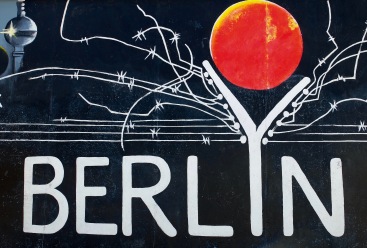 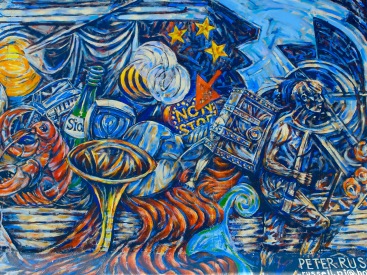 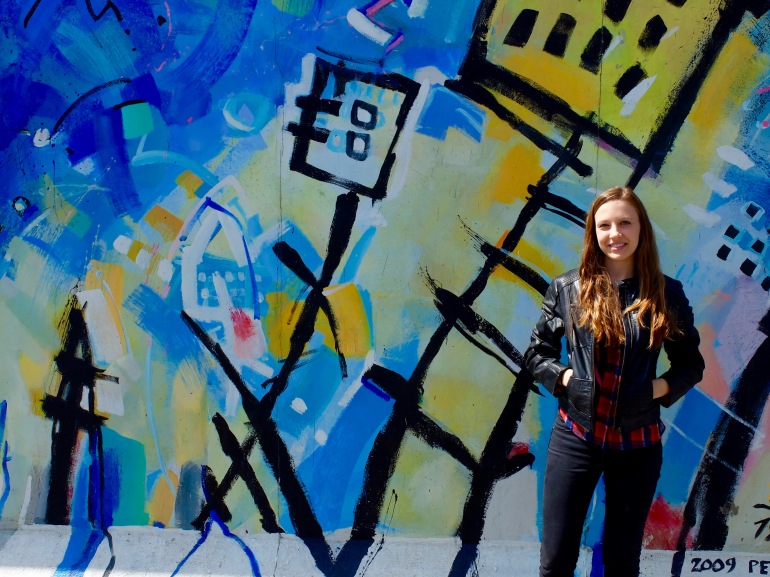 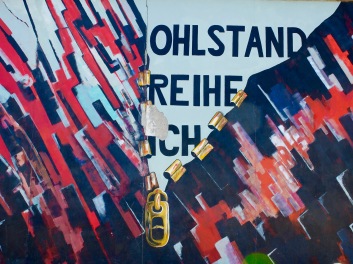 As you can see, this wall was probably my most photographed attraction in all of Berlin. With over 100 murals in all, it was hard to narrow them down! Fun fact, they consider themselves the only authentic monument of reunification.

This is a great neighborhood because there’s tons of – you guessed it – excellent food nearby. We actually ate twice, once at The Bowl – a vegan/vegetarian restaurant that uses all-natural ingredients – and Markthalle Neun – I highly recommend going on a Thursday afternoon/evening.

There’s also a beautiful bridge at the end of the wall: The Oberbaum Bridge. 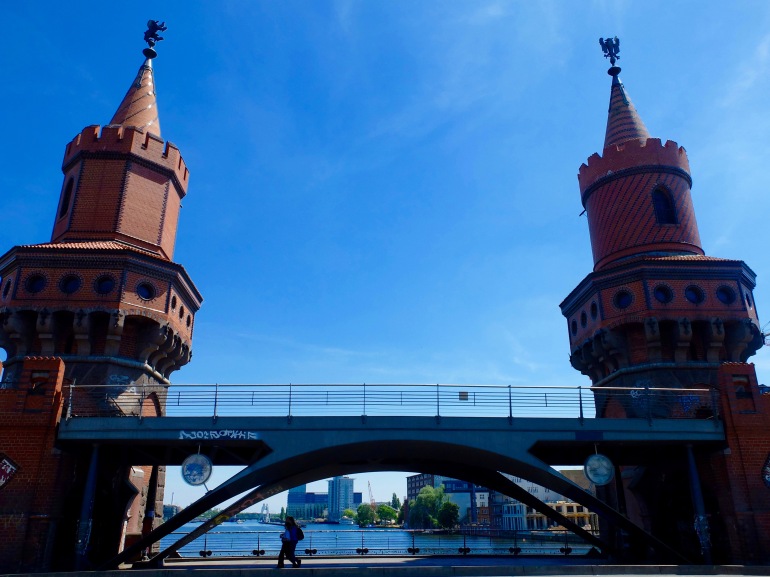 We rounded this day out with a trip to the Gedenkstätte Berliner Mauer. A monument/park that commemorates the division of Berlin and the deaths that occurred at the wall.

A beautiful park, it shares some interesting history with the nearby church/cemetery. The property where the wall was built was taken from the church – when the wall fell, they wanted it back. The city, however, wanted a monument built to memorialize the 136 people who died at the Berlin Wall between 1961 and 1989.

Other events that we went to were a bit more uplifting. The free lunch concerts at the Berliner Philharmoniker held every Tuesday are a really cool experience. They limit the crowds to 1,500 people, which sounded crazy to me, however, we arrived 20 minutes early and couldn’t find a seat or stair to sit in/on. The place was packed.

Our host Alise came with us this time – she had previously attended a free opera performance. The day we went, a string quartet performed Gottfied von Einem and Franz Schubert for the audience. 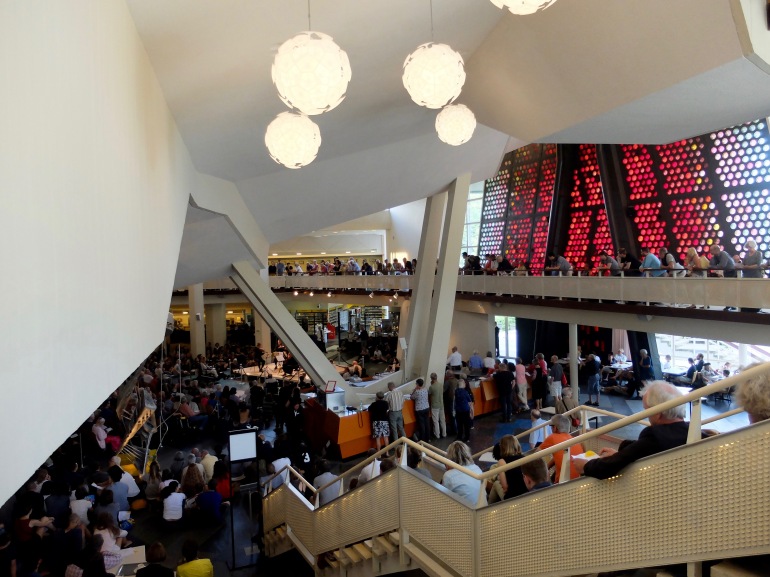 Not all of our days were so cultured. We were in Berlin, so, of course, we had to go vintage shopping. This was a pastime I spent so much free time on during university, but it’s been years since I’ve made it a regular habit.

Let me just start by saying vintage shopping in Berlin is ridiculous. Would you like a track suit? Here’s 50 to choose from. Couldn’t find that black t-shirt you were looking for? Here’s four other racks of black t-shirts. And don’t even get me started on the shoes.

In the end, I found a t-shirt for Chandler – at Paul’s Boutique – but nothing for myself. It’s not too surprising, Berlin seems to exist in a 1990s parallel universe. I like my vintage a bit older than that. 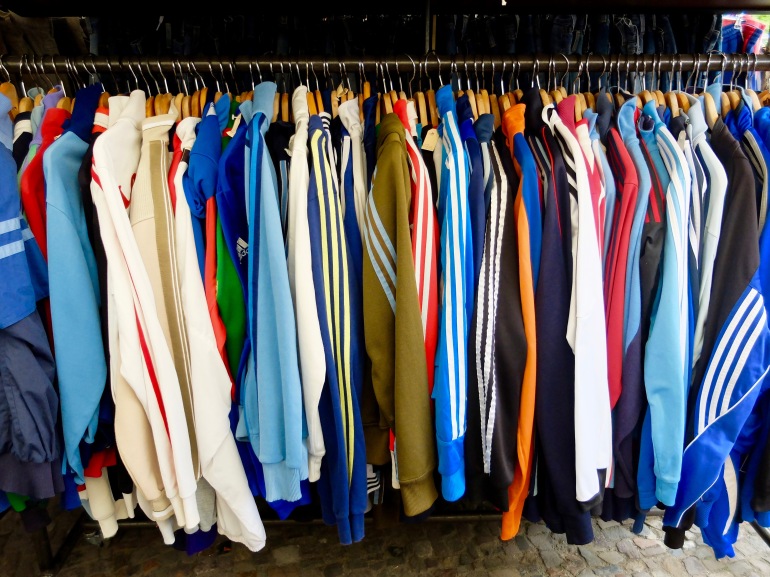 We also went to eight museums – and that was incredible – but it was lovely even just walking around Museum Island. I can’t imagine how gorgeous that place will be in 2025 when all of the construction is completed. Tons of green space, beautiful architecture, and statues fill the area. 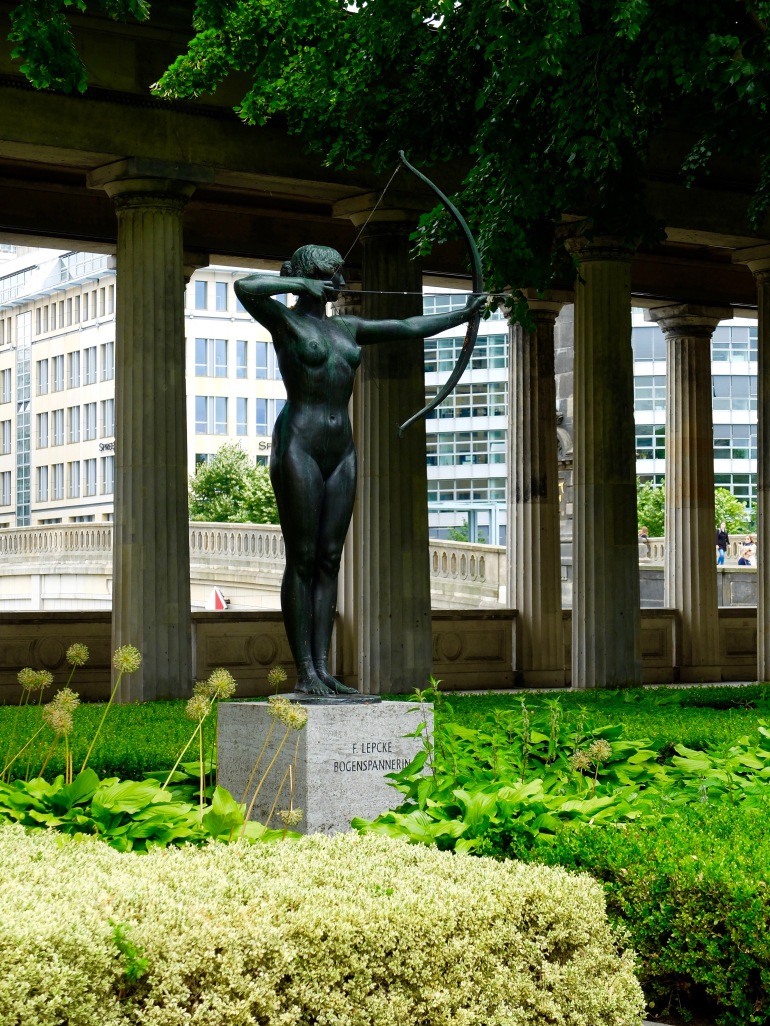 We also did some silly stuff, as well as all of this serious stuff. Alise took us to the Winterfeldmarkt for lunch and then we took the kids to the Rubber Playground. Even after hearing her describe it, it was amazing to experience in person.

We went down the rabbit hole of looking up all of the different “themed” playgrounds in Berlin: Witch Playground, Dragon Kid Park, Pirate Ship Playground, Rapunzel’s Castle, the list goes on and on! There are so many themed playgrounds that Berlin has a playground guide to find the right park for you. 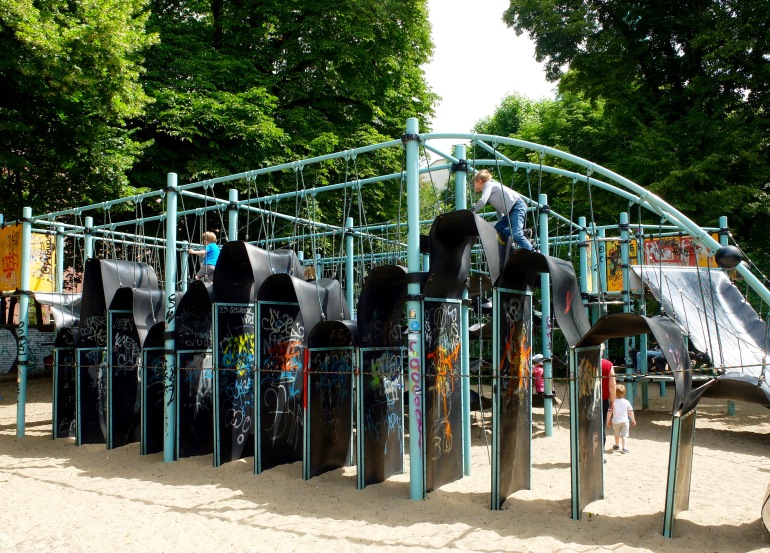 We, of course, also people watched at the Brandenburg Gate. The sheer number of tourists who wanted their photo taken in front of this 18th-century neoclassical monument was amazing. There was even a yoga group videotaping their class – actually, many people were pissed because it interfered with their photographs!

Honestly, what we did most was walk. To the museums, from the restaurants, to the vintage shopping, from the concert, to the wine shops & beer gardens, from the parks, to the memorials, from our home-away-from-home with Alise. 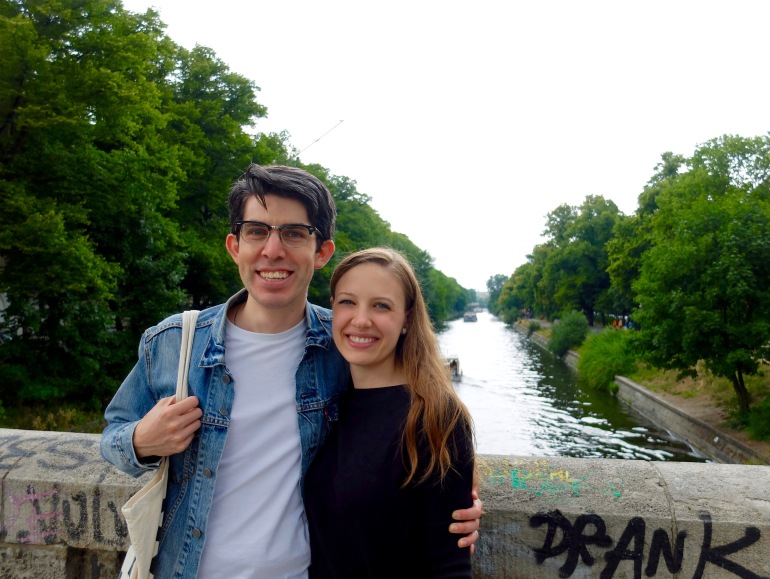 All in a Berlin that when we told a local how clean the city felt, he laughed at us and said, “Berlin? Berlin is filthy.”

It was a truly unforgettable trip : )

Cheers to another visit!