I don’t have a lot to say about Lucerne. We didn’t do much there. That was the point.

After two weeks of sightseeing and restaurant hopping in Germany, we needed to rest before Chandler started his final four weeks of grad school.

We spent nearly three days in Lucerne and the list of what we did is pretty short. And most of it was focused around the lake.

So we re-evaluated and decided to keep things simple.

First, we spent a decent amount of time in our hotel. One of only two hotels we’re staying at during our European summer (compared to the five Airbnbs), it was really nice and came with a lot of bonuses – gorgeous postcards, free bus passes, free wifi codes in the city center, and this stunning breakfast buffet every morning:

We definitely give Hotel Beau Séjour five out of five stars.

And when we did get out, it was mostly to go on casual strolls. Old Town was charming (even if it was mostly shops), there’s a lovely local basilica, a chocolatier that sells unique flavors and delicious ice creams, tons of wildlife (okay, swans & ducks), shaded benches, and flowered paths around the lake.

There’s a brewery (that serves great wine too! Thanks, Switzerland), and a cheese shop that I no joke bought eight cheeses at. 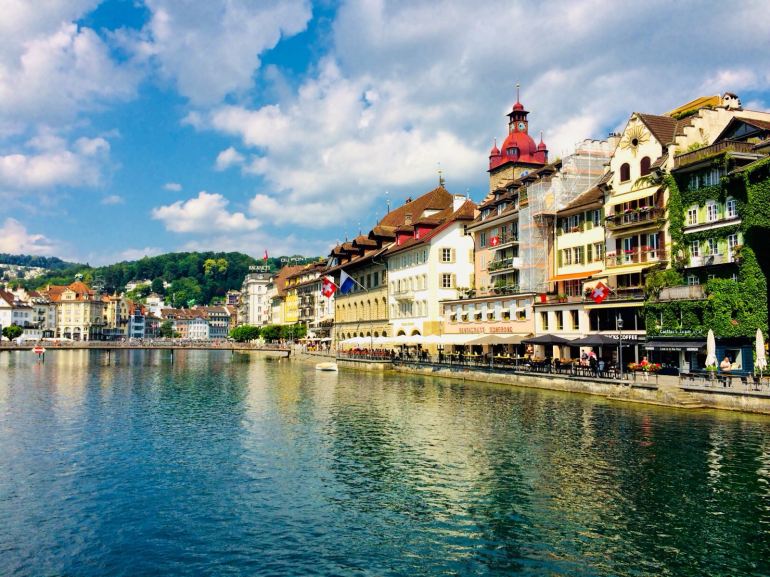 And, of course, we did what everyone comes to Lucerne to do…we photographed and crossed the Chapel Bridge. Lovely year round, the photographs don’t do the flower baskets justice.

We also went to the smaller bridge at the end of Old Town, because yes, I’m obsessed with bridges. These did not disappoint. 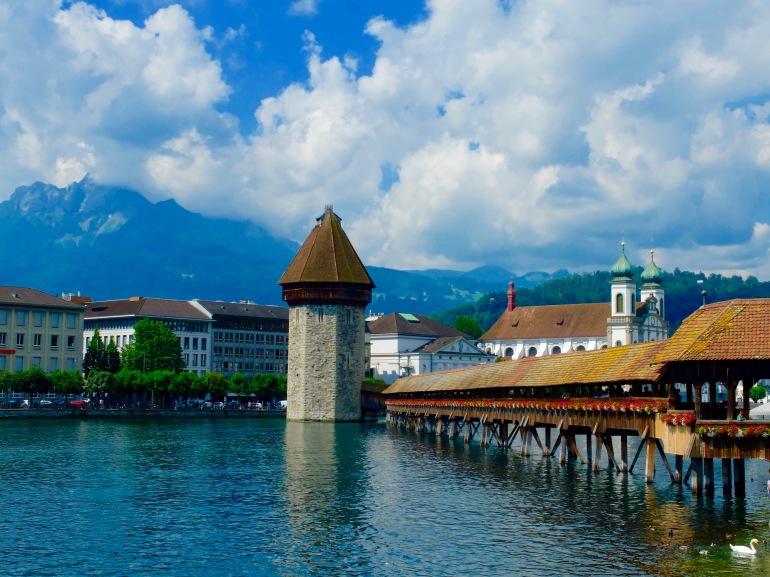 And that pretty much sums up our time in Lucerne. We ate, of course. But since restaurant prices in Switzerland are so outrageous, half our meals were picnics on park benches (thanks, Coop & Chäs Barmettler!)

We paid 20 Swiss Francs for rosti (aka oily hashbrowns…tasty, but not worth more than $5). And we had some delicious but equally outrageously priced Indian food. We probably should have just gone on more picnics – buy more baguettes, alternate your cheeses & fresh fruits, and voila!

But the one meal I would highly recommend comes from a pasta take-away restaurant of all places. Less expensive than the other meals, Pasta Razzi is known for their handmade ravioli. You can mix & match and then they prepare a specialty sauce depending on what you ordered. The result? Pure perfection. Even if I only got 10 deciliters of wine for my 9 Swiss Francs!