I just spent the last two weeks in Italy with my mom and sister. Despite the fact that I once called that country home, this time, I went as a tourist. It was the first time my mom or Brittany had ever left North America, so it seemed imperative that we spend at least part of our time as tourists. Not to mention that I have spent the last year in a foreign country, trying my hardest to appear as far from a tourist as possible. So it was nice to relax and not care so much for once.

Our first stop in Italy was Rome. It had been three years since I had been in Rome, but it still smelled the same…the subtle scent of water coming from fountains around every corner, the pizzerias just as numerous as the fountains, the salty sweat from tourists unprepared for the heat, the good, the bad. My first thought – God, I missed this place.

Our first day was fairly lazy. We wandered around the city until we could check into our hotel. Our first stop? Piazza Navona – my favourite spot in the city. Granted, I prefer it before 8 am when the tourists are still in their beds, but I love that piazza any time of the day.

Day two we had a mini trip out of the city. We headed to Tivoli so I could show them my favourite villa – Villa d’Este. The house is beautiful, though similar to many other villas you could find in Italy, but it’s the gardens that set this place apart. The gatto del bagno that I met the last time I was there had disappeared, but I did find my favourite statue. 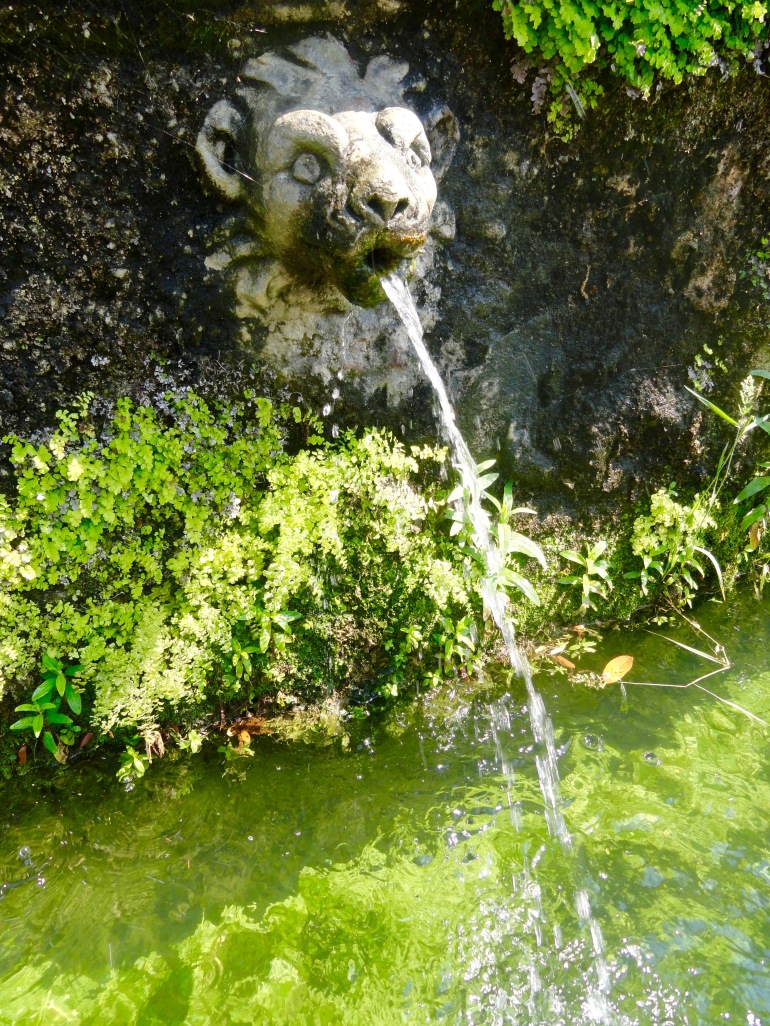 Day three was our super tourist day. We did it all – and I mean it all. Campo di Fioria/Piazza Navona/the spot where Julius Caesar was killed aka the Cat Sanctuary/the Pantheon/the Trevi Fountain/Piazza Venezia/the Roman Forum/the Colosseum/Bocca del Varita (if you don’t know what this is, watch Roman Holiday). Sheesh. Quite the day. Quite a bit of walking.

Day four was shopping, the Spanish Steps, and a picnic in the park. Followed by an adventure to find my favourite restaurant – Gusto. We were successful, and had a great view of Castel Saint Angelo in the process.

Day five was another mini day trip out of the city. This time we took the train over to Ostia Antica, where we spent the morning (think of it as a smaller, less catastrophic Pompeii). We walked through the ruins, took a lot of photos, and thanked God for modern conveniences – that said, those bath houses still look awesome! The afternoon was spent at the Mediterranean, just soaking in the sun and letting the salt water scrub off one year of being in Ethiopia…I’ve never felt so clean!

Day six in Rome became day one in Verona. And the afternoon was spent wandering around, getting a better feel for the city.

The morning of day seven was spent at Juliet’s house. Followed by a lot (I repeat A LOT) of shopping. In the evening we went to Juliet’s tomb and Romeo’s house. I loved my Shakespearian day! 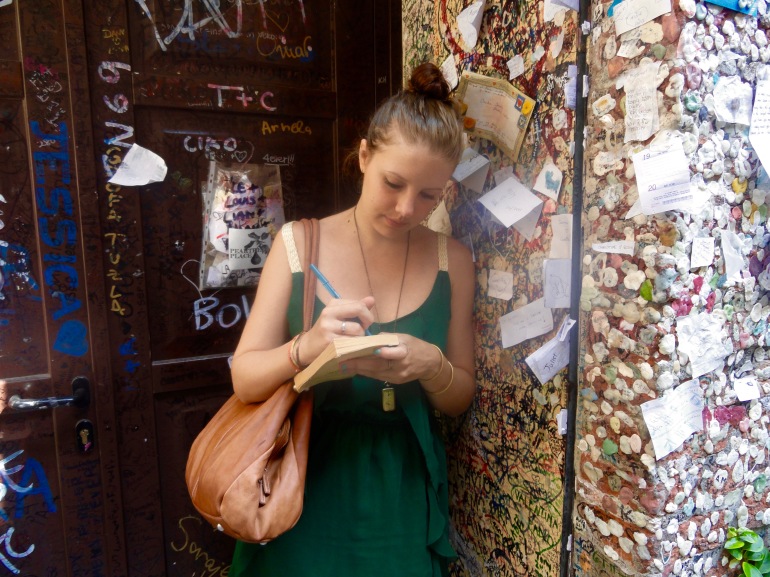 On day eight we spent the morning visiting a lovely bridge in Verona and that afternoon we traveled to Venice. Despite how overrun Venice is with tourist (I know, I know, I was one of them), I still love the city.

Day nine we stayed in Venice, just roaming around the streets, getting lost and finding ourselves again. We ate some great food, found some terrible art galleries, and stumbled upon a tiny outdoor theater. We finished the evening by watching the sunset over the water and dancing in San Marco.

The morning of day ten I ate breakfast with the cutest gimpy pigeon ever. If I ever adopt a bird, it’s going to be pigeon. Weird, I know. And then we took off for Murano. We spent the day staring at beautiful pieces of glass we’ll never be able to afford : ) But we bought some smaller trinkets/jewelry instead! Next time I’m in Venice, I want to explore more of the smaller islands. There just never seems to be enough time.

Day eleven was our last full day in Venice. My mom and I went for another picnic in a park – I can’t get enough of picnics or parks! The three of us spent the afternoon around the Rialto bridge.

Day twelve we said goodbye to San Marco and took off for Fiumincino. We arrived late evening, just in time to walk on the beach during the sunset and grab a late dinner. When we got back to the hotel, they gave us a few free glasses of wine to celebrate our time in Italy. 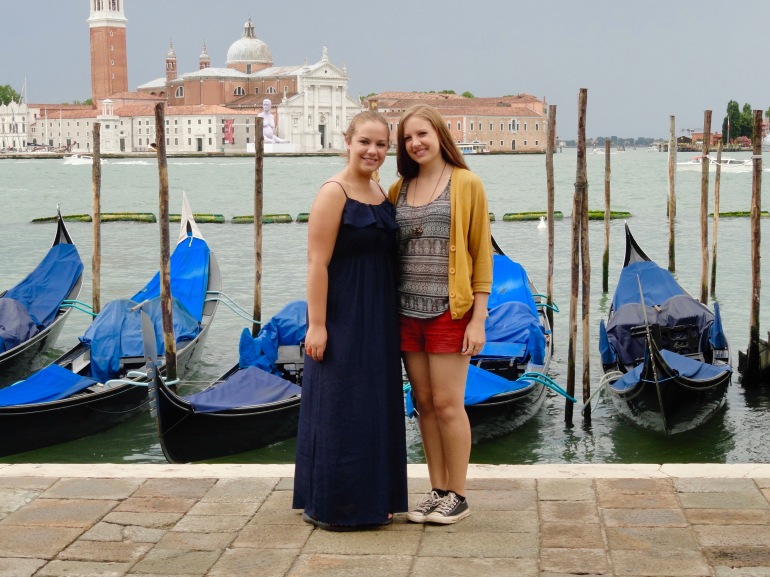 The morning of day thirteen had me saying goodbye to my mom and Brittany. Their flight took off at 8:55 am, mine however, wasn’t leaving until 11:40 pm. So I spent the day reading by the beach and hanging at the hotel. The staff once again offered me wine, so it would be easier to say goodbye (which helped!). And I spent part of the afternoon hanging out with one staff member in particular. We went for a walk, ate some gelato (successfully completing my goal of having gelato once a day), and played with the restaurant’s fish. Then it was time for me to hop in a cab and come home. 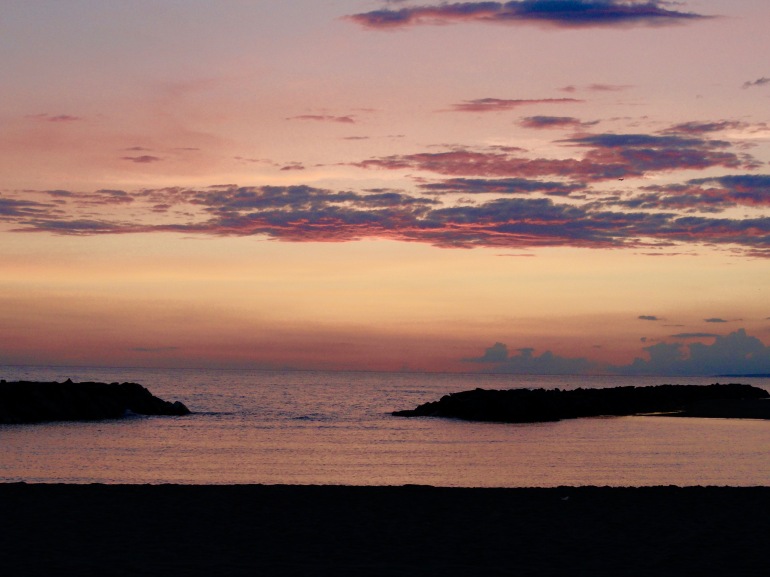 It took me 20 hours to get back in Hawassa, but I had a bit of downtime in Addis in the meantime. Not a city I normally care for, but it treated me well. The transportation went smoothly – even with all my stuff! And I had my first Boston Day Spa experience. All I’ll say is that my feet haven’t looked this good since I had my first pedicure with my aunt after I graduated high school. Look at my feet now, and you wouldn’t be able to tell I live in Ethiopia. Probably won’t last long, but I’m enjoying it for now! I got to travel back with another PCV I ran into while waiting for the sky bus, and now here I am. Home (sweet?) home. And ready for year two…that is, after next month’s trip to South Africa!