My South African vacation came at just the right time…which sounds ridiculous, I understand, given the fact that I was in Italy just over a month ago. But Italy was a trip – lots of traveling, sightseeing, moving around. South Africa was a vacation.

We got to the resort, and after a much needed use of WASHING MACHINES (I won’t even tell you how many we used), we proceeded to do nothing but sit on the beach, sleep in, and buy more groceries than you would have previously thought possible. 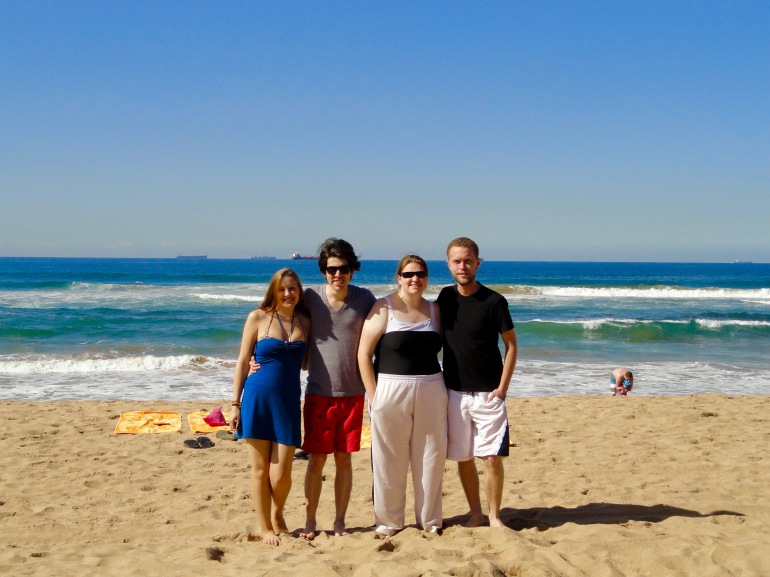 So here we are, looking pretty clean and quite relaxed. Also, this was my first trip to an ocean, so I was quite content to just sit around and stare at it. Something I was able to do from either one of our two balconies facing the ocean – magical. 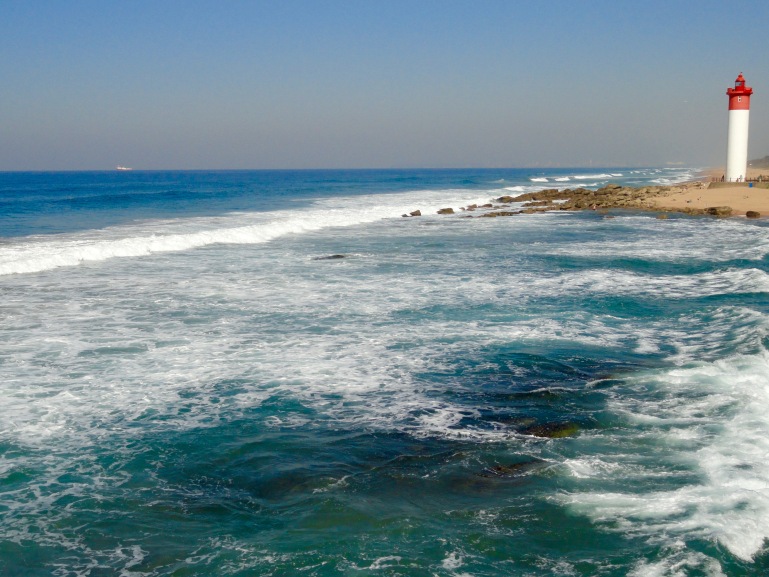 Just down the beach from our resort were the Umhlanga Rocks – apparently famous in Durban – and a darling little lighthouse. Many a walk was had on that beach, both during the day and at night. 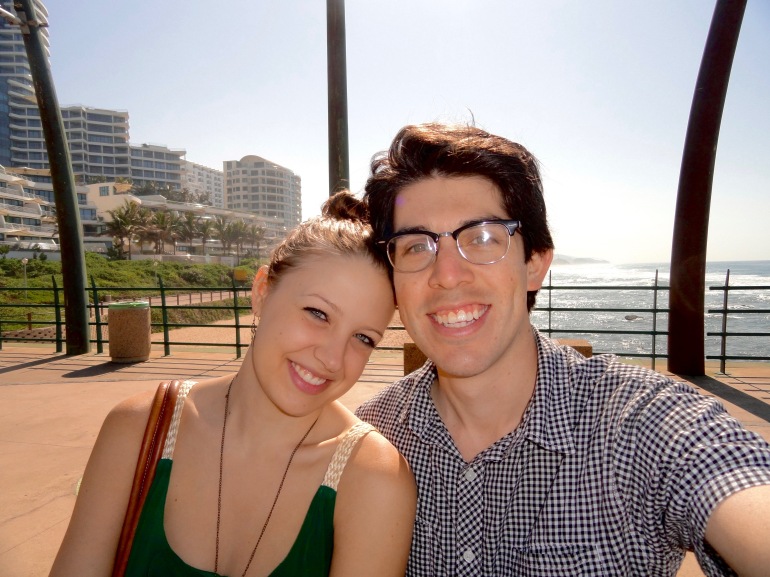 Including August 1st, the day we pretended was Chandler’s birthday, since I’ll be gone at camp on his actual birthday later this month. The four of us went out to this incredible French maritime restaurant that night, and I’m not ashamed to say that the desert was so good it almost had me weeping.

The tall building in the center of the beach…that was our resort. I miss it already. We had a great week (and great cheese!). And I’m sorry to say it’s over. But as incredible a vacation as it was, the part that will stick with me the most was how much I loved Dubai.

We overnighted there on our way to Durban, so we got to get out of the airport and go into the city. That is definitely a place I could see myself living for a while – and I’m not just saying that because of the raspberry/gin concoction and appetizers. That city really did blow my mind…and got me more excited than ever to keep on traveling.