You’d probably think living overseas in Ethiopia for 2 years would have taught me a lot about travel, but honestly, I moved there with two 50 lb suitcases and two very large carry-ons. I pretty much tossed in everything I thought I could possibly need and then relied on friends and family to send me care packages every 2-3 months.

It wasn’t until my partner (now husband! What? But that’s for another post) and I spent 3 months traveling around SE Asia with just a medium-sized North Face duffel on each of our backs that I really learned something about packing and traveling in general.

Tip #1: Bring a boatload of spare passport photos with you
I didn’t bring any extra to Ethiopia (because buying them in the United States is SO expensive!). It wasn’t a big deal, I had them printed in Ethiopia for super cheap, but I knew the language and had friends to refer me to a place. And while I got all the photos I needed for SE Asia (think visa forms, drivers permits, and lost passports), they all had this silly photo-touched glow to them that left me feeling embarrassed and hoping like hell they’d be accepted! This time around we printed them ourselves using a handy tool from the Department of State, a color printer, and some semi-gloss paper.

Tip #2: Don’t buy adventure clothes
Things I bought from REI that I could not have lived without: My quick-dry towel, light-weight sleeping bag (only for my time staying with a host family – I never used it when traveling), Swiss Army Camper Knife, Nalgene water bottle (this time I’ve upgraded to a Hydro Flask), and headlamp (because you never know when the electricity’s going to go out). Things I could not wait to get rid of: expensive hiking shoes, linen pants, and rain jacket. If you don’t wear it at home, you won’t want to wear it while traveling! This time around I’m packing plenty of jeans, summer dresses, and an umbrella.

Tip #3: If you’re not sure you need it, leave it behind
This was especially huge for us since we were carrying everything on our backs. Our first stop was in Bangkok and we probably discarded a collective 5 lbs worth of stuff from our packs. And then continued to do that at the next 2 or 3 destinations. You learn real quick what you’re willing to carry around. This was especially hard for me, given that I’m a nester, but even I had to get rid of stuff to make room for gifts and souvenirs! 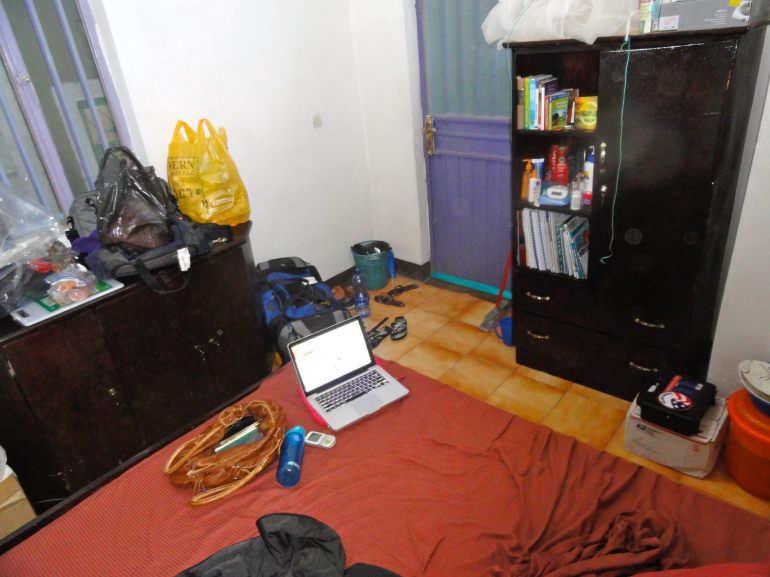 Tip #4: Make the most out of your layovers
We recently had our interviews for the Global Entry Program and I had to explain why I had traveled to each of the 10 countries I’ve visited in the last 5 years. Our interviewer seemed skeptical that we could do so much traveling on teacher salaries (I didn’t have the heart to tell him that we were volunteers in Peace Corps, not salaried employees – he would only have gotten more confused!). But, honestly, two of our most expensive countries were just extended layovers – with 12 hours in Dubai and an afternoon in Doha, we got to experience two amazing cultures while not breaking the bank!

Tip #5: Visit fewer countries and plan in some rest days
When we first planned our trip to SE Asia we had every day pretty jam-packed and were going to make it to 4 countries in 3 months. And then we started taking a day off here, a day off there. We’d find a beach we just couldn’t leave right away or make new friends and find a new city to explore. And while we made it to all 4 countries, we did have to give some things up on the way. The only northern city I’ve been to in Thailand is Chiang Mai because we ended up scratching the rest of our itinerary up there to relax on the beach in Phuket for 5 days. I’m not too disappointed because it means I have to go back! But for people who want to check countries off one at a time, make sure you leave yourself enough time to do just that.

Tip #6: Travel in low-season and wake up early!
We hit up Vietnam and Cambodia when the crowds were way down and we still found ourselves surrounded by thousands at Angkor Wat. To get those stunning people-less photos, we woke up before sunrise, slowly made our way to exit doors at the end of the day, and went out of our way to explore little-visited ruins. 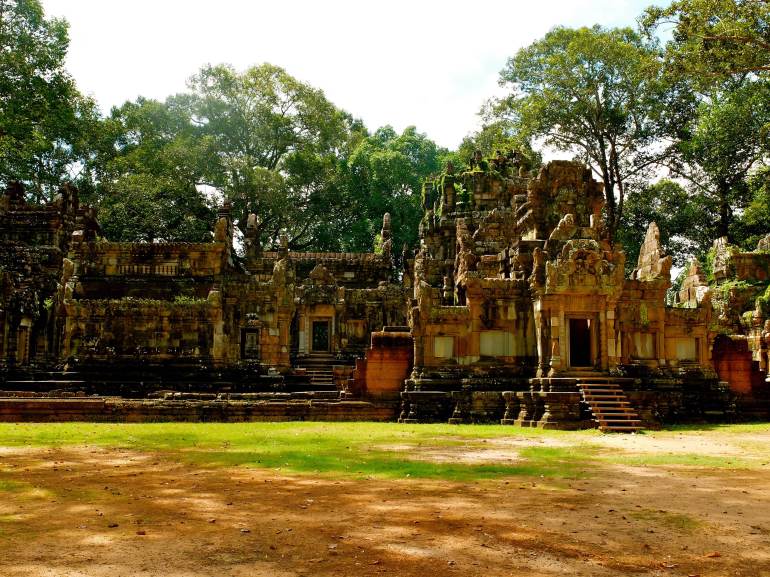 Tip #7: Buy a sim card in each country you visit
I cannot stress how critical it was to have a sim card in each country we visited. Even with it we occasionally found ourselves lost, but I do not understand how people can survive without Google Maps, access to Trip Advisor (more on that in Tip #8), and email. It was also super helpful in getting ahold of guesthouses, finding ATMs, and staying in touch with friends & family back home. Plus, I just learned Google Translate has an app where you can take a photo of something, say a menu, and it will translate the photo for you! Awesome!

Tip #8: Only use Lonely Planet books for ideas about activities
Anything written about hotels/hostels is woefully out of date by the time the book is published. Which seems obvious, but we had so little internet in Ethiopia that we planned our entire trip based on those books and then had to re-research places to stay in each of the cities we went to. During round two we relied heavily on TripAdvisor, though it’s important to be discerning when looking at the reviews. Does the hotel have only 5-star reviews but all of them were written by people with only one review? And if an around-the-world traveler has good things to say about a flea-infested hostel in Siberia, but not the hotel you’re looking at in Vientiane, don’t stay there! 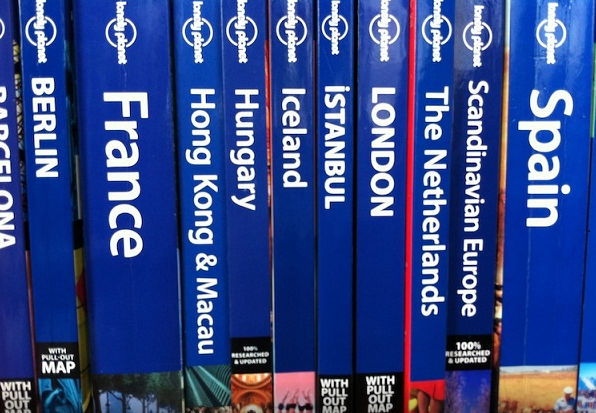 Tip #9: Make others aware of your allergies
Not in an annoying, whiny way, but when you book at a homestay, make sure they don’t have dogs, even if they don’t mention them online – that is, if your partner is incredibly allergic to dogs and his throat closes up quickly when they come around. Which is why TripAdvisor and sim cards are my two best friends, because we had to leave our homestay in Phong Nha-Ke Bang after only one night and book a new hotel while on the road to our next city.

Tip #10: Never go anywhere without a roll of toilet paper
Okay, so you don’t need an entire roll, but at least bring a wad! Or a pack of tissues. Because desperate times call for desperate measures and not every place you’ll stop will be stocked up on toilet paper.

Unfortunately, all this advice does me little good as I find myself once again packing for an “extended trip” (two years in Ghana). And I’m trying to decided between a fourth set of shampoo/conditioner, a bamboo tray for my silverware (that I’m buying upon arrival), a lilac-scented candle that reminds me of home, and some Jiff peanut butter.

I’m aware Ghana is quite developed and I probably don’t need half the things I’m trying to stuff in my suitcases, but this time around I want to feel at home overseas and not simply like a visitor. I’ll have to let you know how all the packing comes along. The countdown is at 7 days…