I can’t believe I’ve been to three countries since the last time I had a chance to blog. It’s been a whirlwind beginning to our summer, but things are finally calming down now that we’ve settled in for our month in Leysin.

Our trip began in London and I can’t believe I haven’t been to that city sooner. The ease, the food, the culture, the activities…I guess it’s easy to say I fell in love. We only spent seven days there, but I’m already itching to go back – there’s just so much more to do!

We didn’t stay in city center, but to the west in Chiswick with some friends. They helped us with the ins and outs of using the tube and buses and the app Citymapper made our lives so much easier. Our first day was spent wandering through Chiswick with them and stopping by the Tabard for a pint (mango cider, mmm). 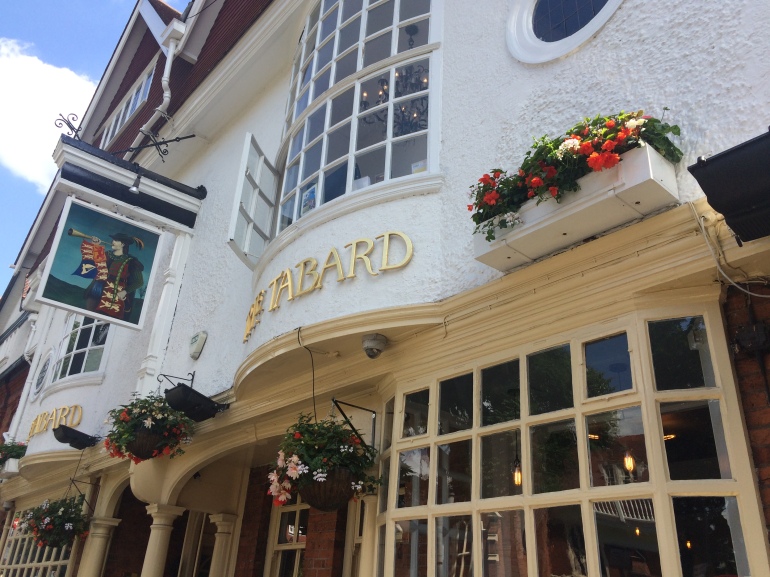 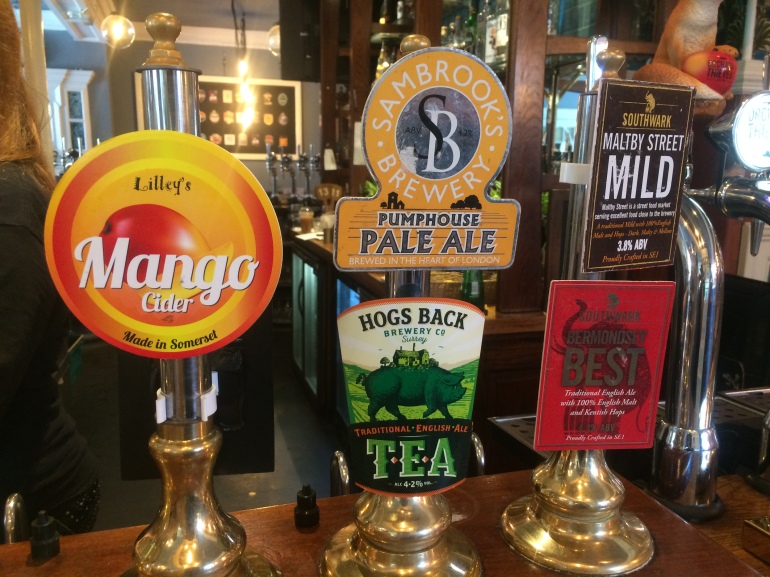 The next day, we hit the streets ready to tour London on our own. We wandered around and past all the touristy things, wanting to see everything we’d heard of, but not necessarily needing to go inside all of it (we only had seven days after all!). Our walk took us through (royal) Hyde Park, walking past Buckingham Palace, Big Ben, Westminster Palace & Abbey. We worked up quite an appetite and made our way over to the Borough Market – where we apparently missed Prince Harry by 10 minutes…si triste. 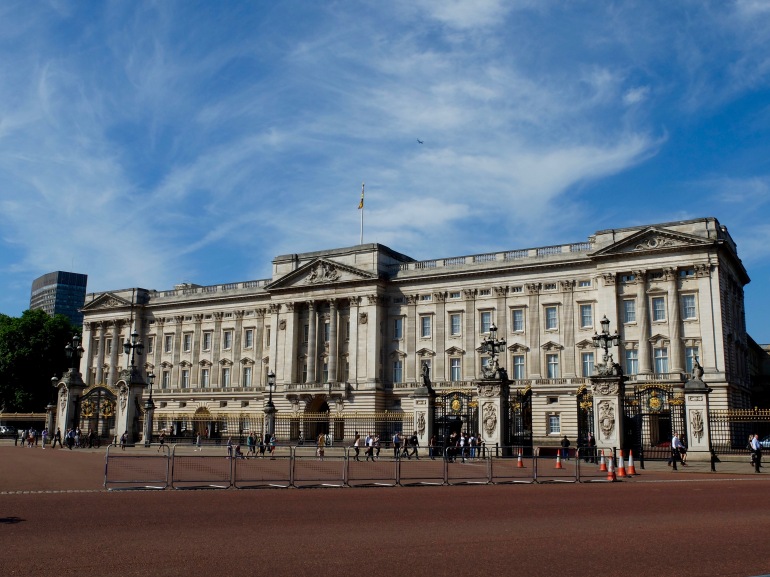 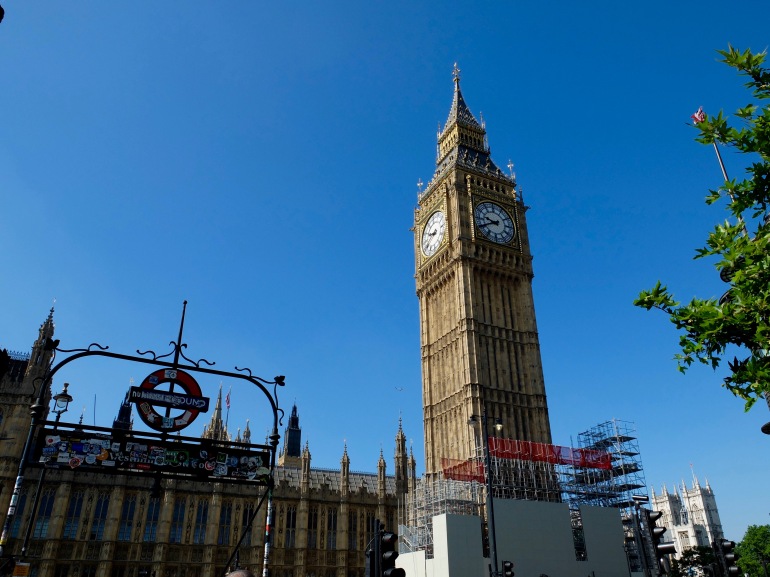 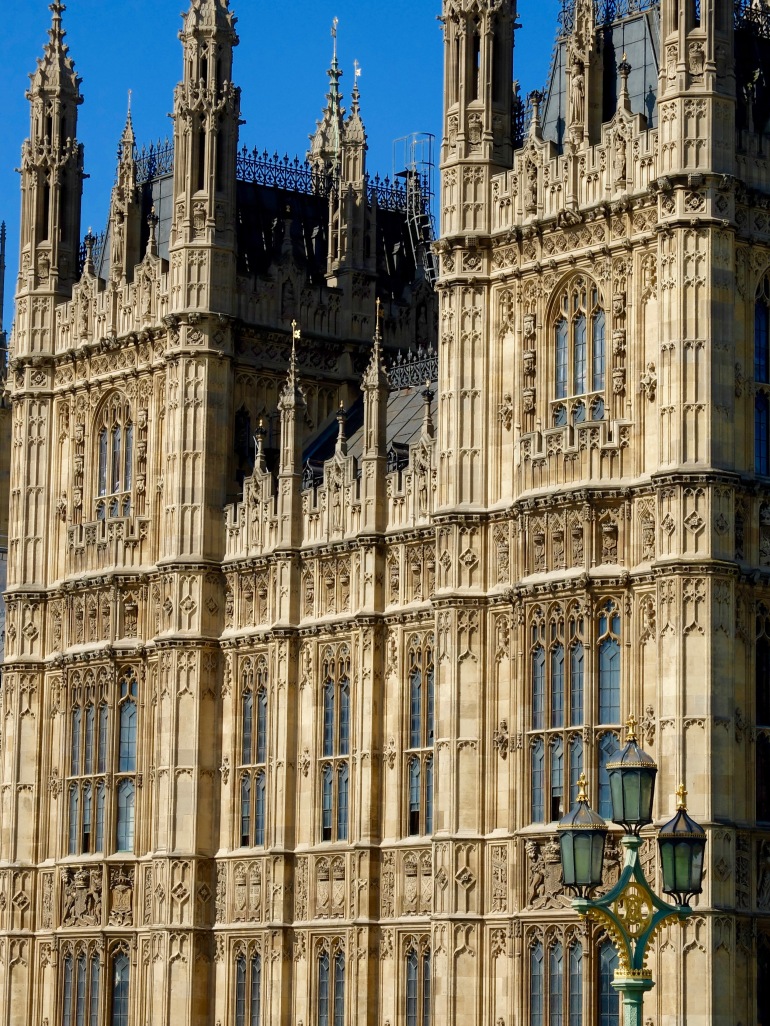 However, not all was lost as we wondered through the charming market, sampling cheeses, fruits, sweets, and olive oils. After nine months in Accra, it was shocking to see so much food and at such good prices. We decided to stay for lunch, Chandler opting for a mouth-watering veggie burger and me being unable to turn down pumpkin-stuffed tortellini! 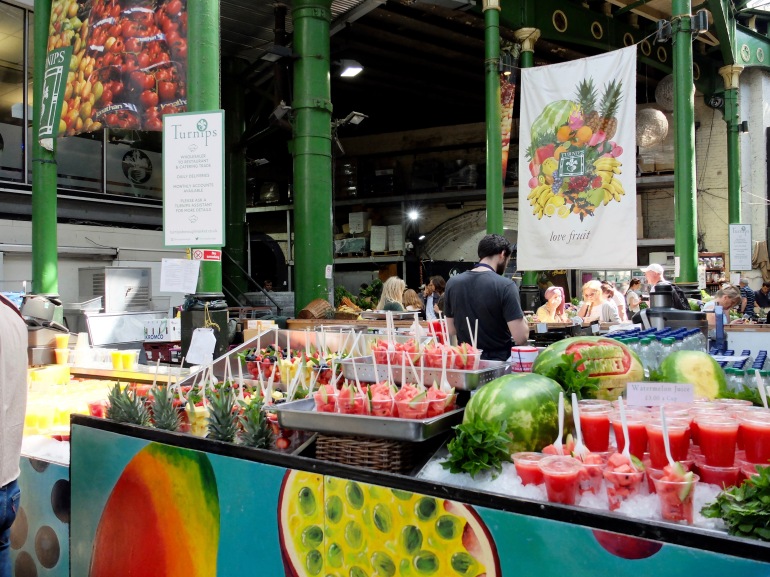 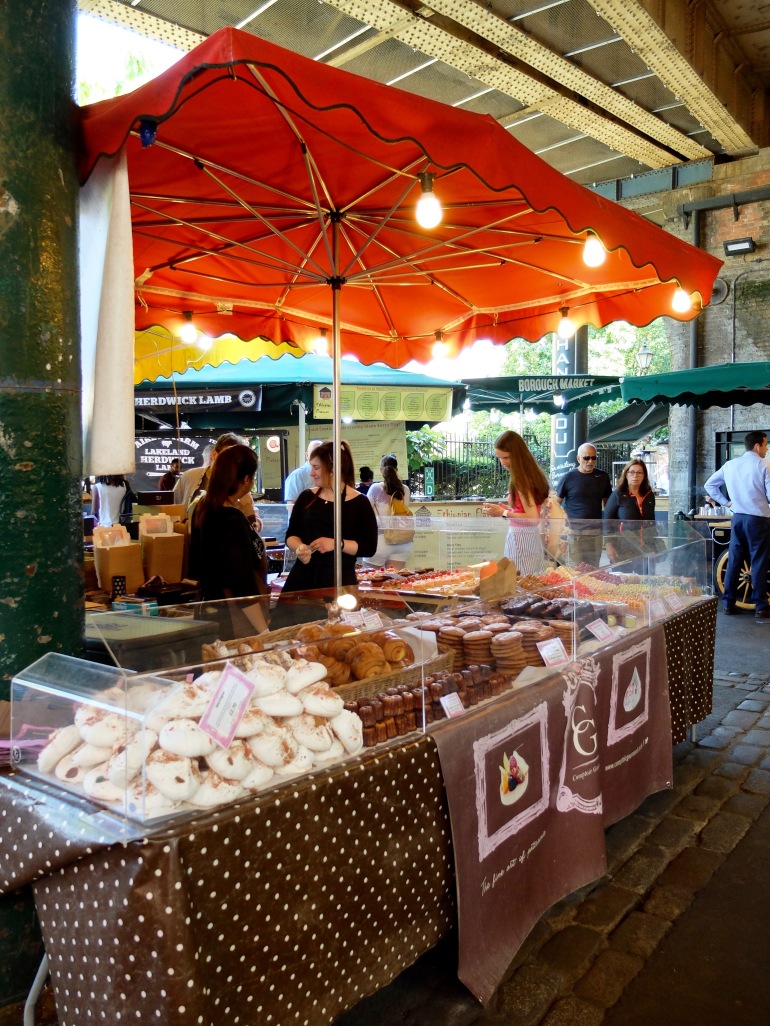 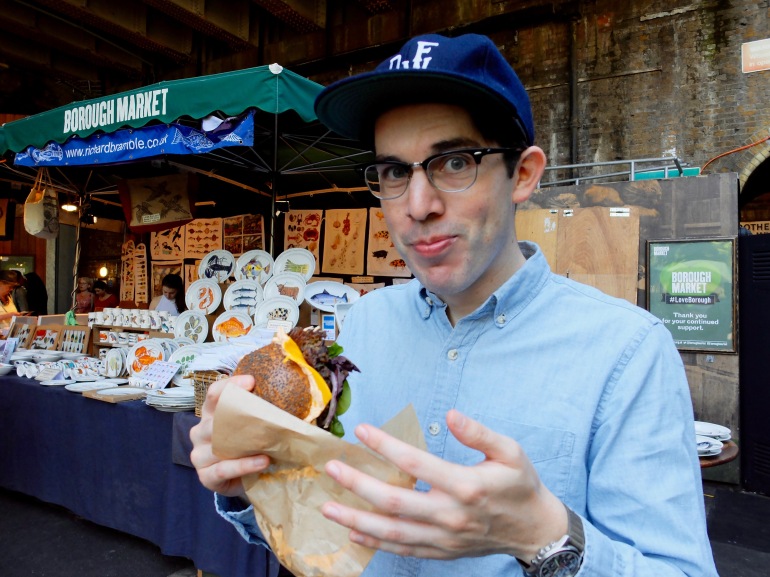 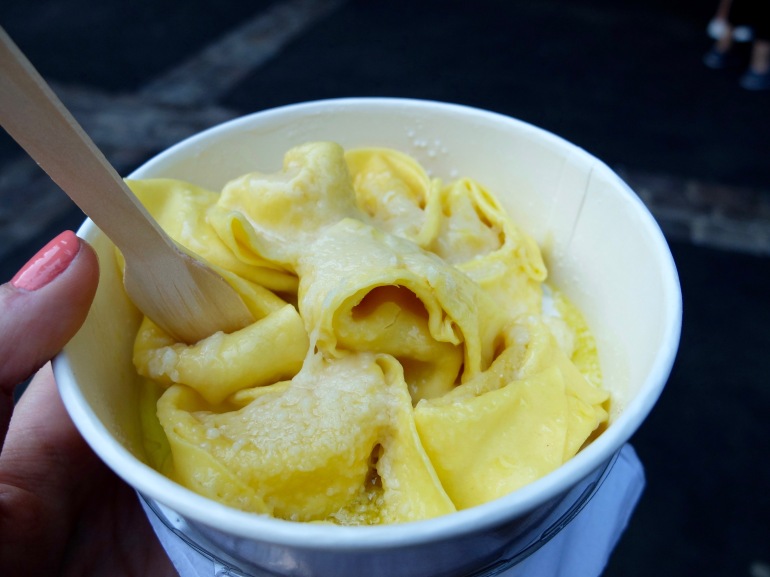 The day was already off to an incredible start and it wasn’t even noon! I was keeping a close eye on the time, because at 12:30 we had a tour of Shakespeare’s Globe before our viewing of Twelfth Night at 2:00.

Normally, I’m not one for tours, but I love (love) theaters. And this one has a fascinatingly short history – the modern reconstruction (built only 750 feet from where the original stood in 1599) didn’t open until 1997. And the theatre was founded by an American actor and director named Sam Wanamaker.

I, mistakenly, thought the shows performed here were all done traditionally, but after my initial surprise, I was thrilled with the 1970s reinterpretation involving some great music, a fabulous drag singer, and a lot of laughs. It won’t be easily forgotten or confused with other shows I’ve seen. 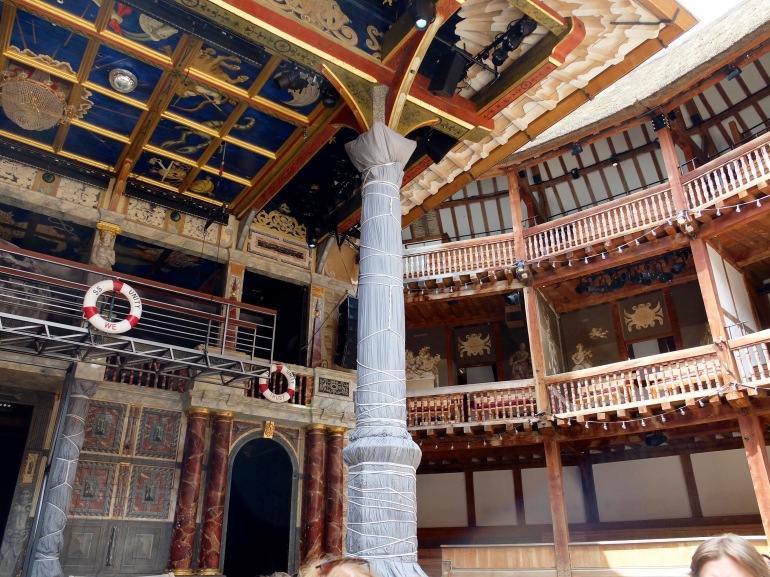 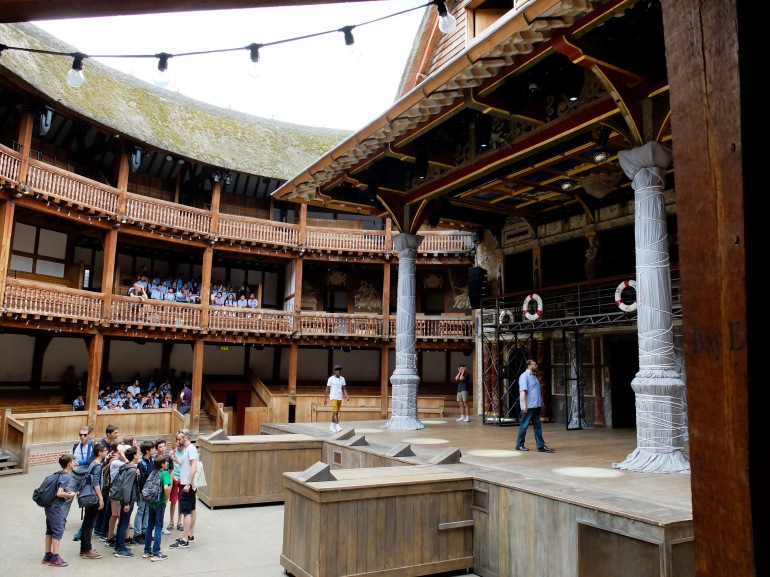 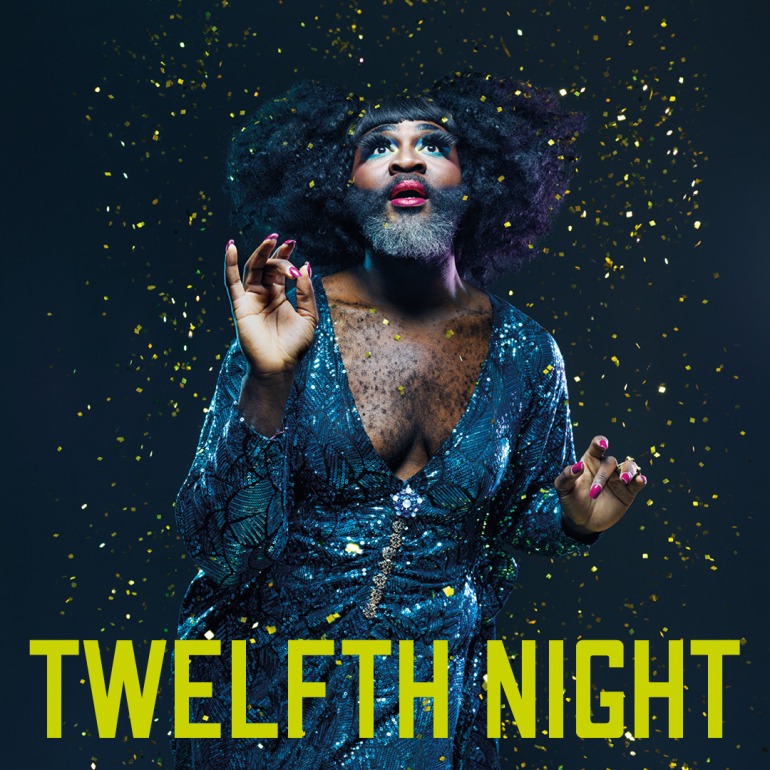 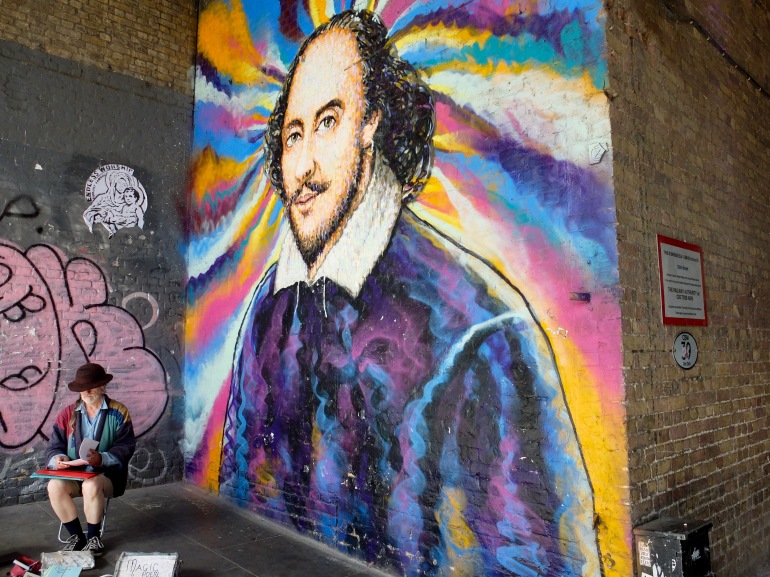 You may think we’d be exhausted after the show, considering my lovely husband thought it would be fascinating to stand like the everyday man back in Shakespeare’s day. Turns out we wouldn’t have minded seats : ) But we still had a few more stops before the day was through!

We made our way to a pub, because a day in London isn’t complete without a stop in at least one and my feet needed a break! And then we wandered over to Tower Bridge and Tower of London, before hopping on a bus to take us to St. Paul’s Cathedral. I’m just as big a sucker for cathedrals as I am for theaters. 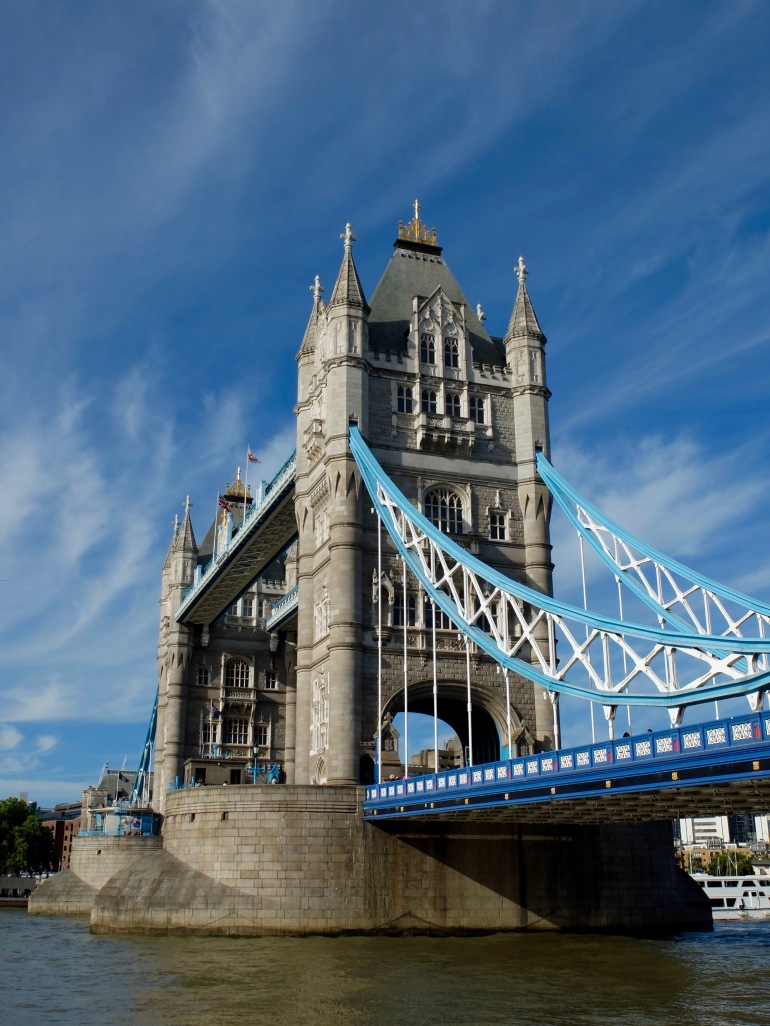 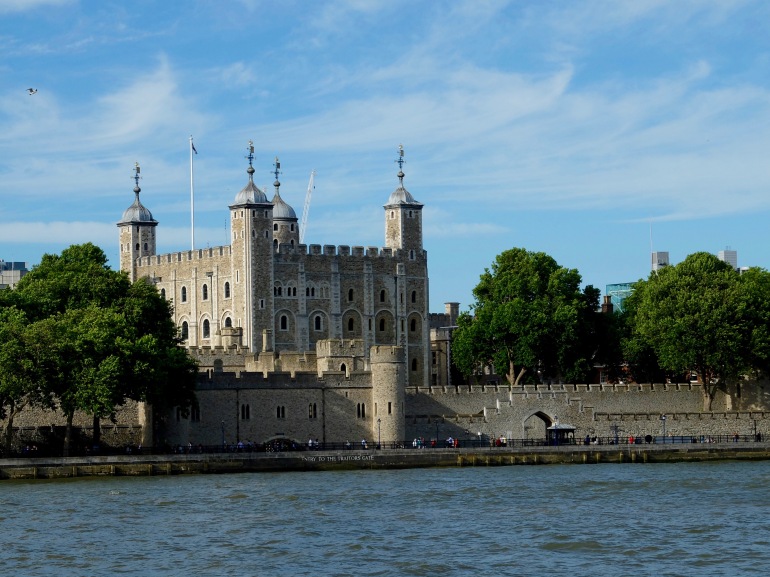 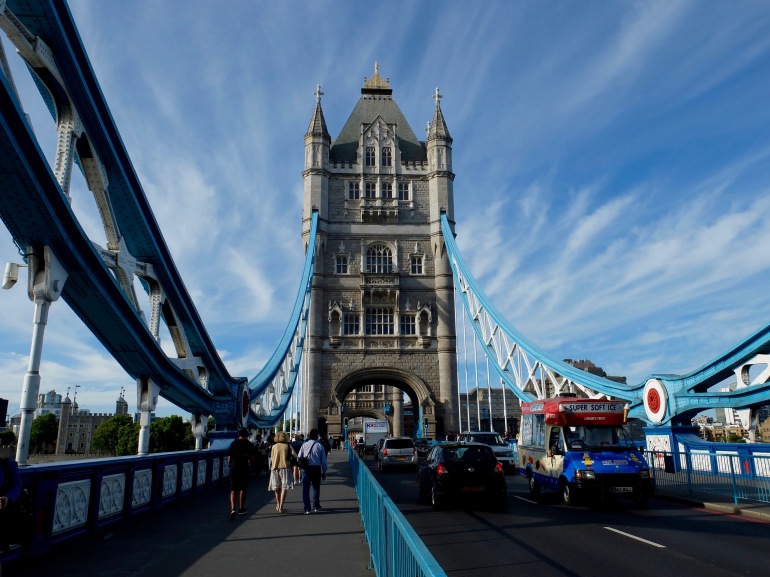 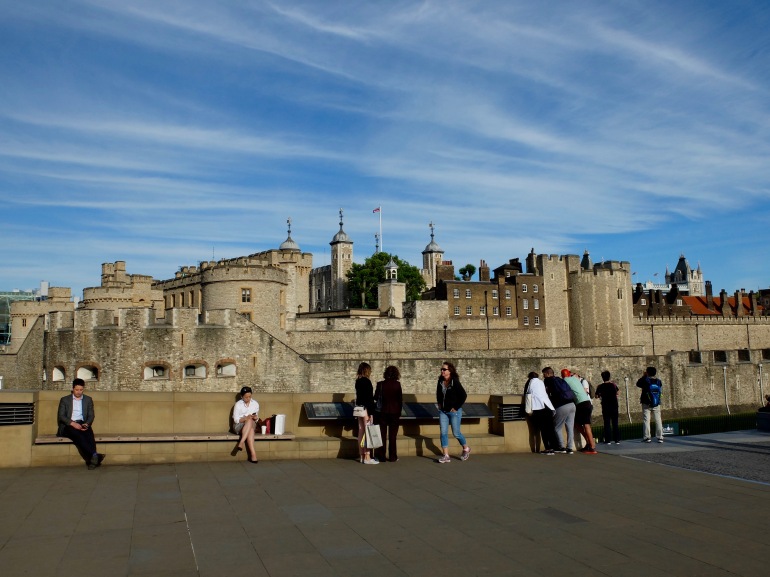 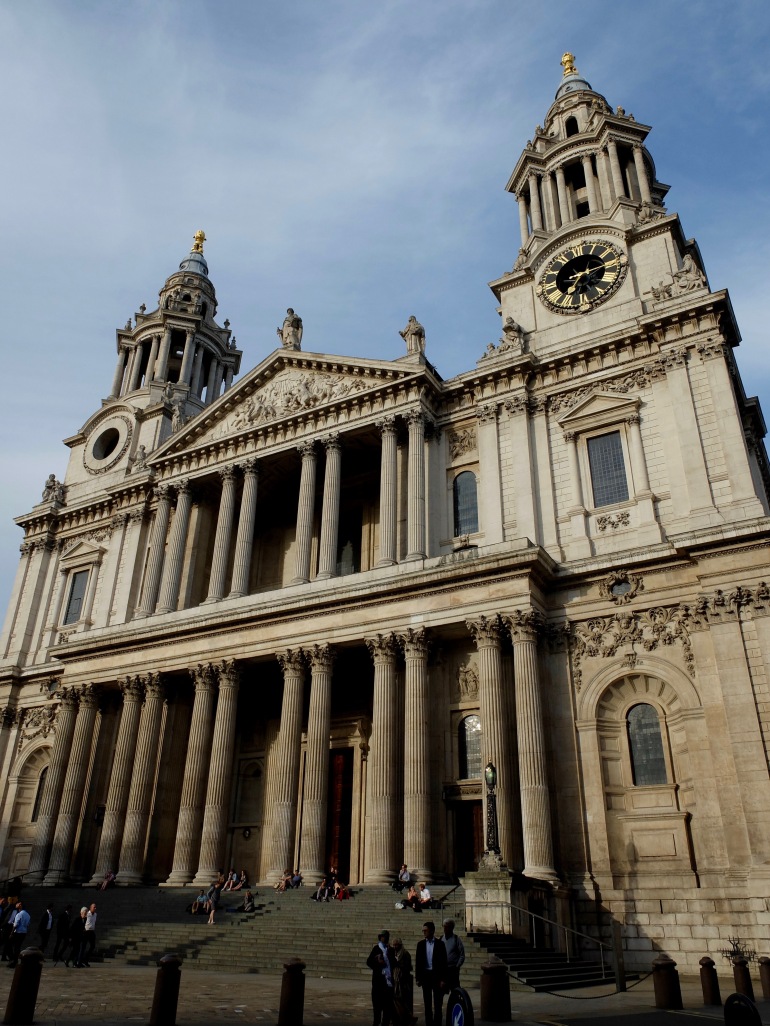 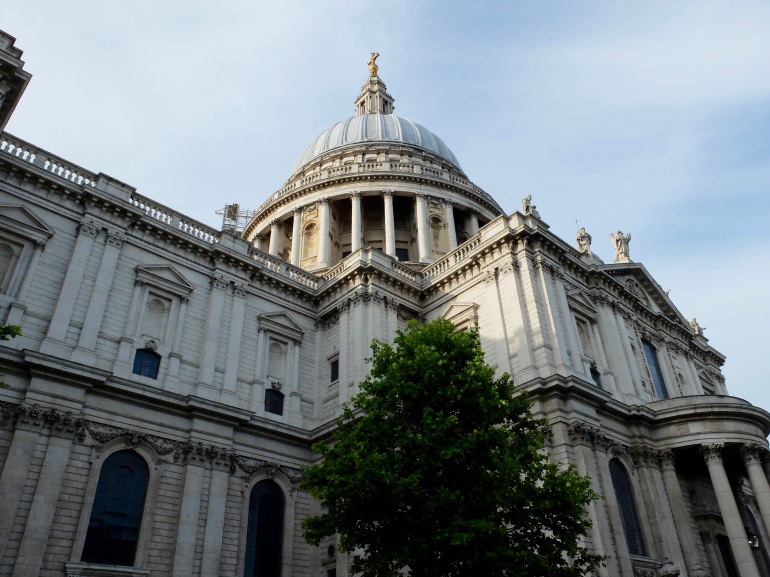 Lucky for us we returned to our friends’ home to find dinner ready and waiting. Cathy and Grace were incredible hosts…always feeding us, giving us wonderful travel advice, and memorable conversations. We loved our time in Paris and are happy to be resting in Leysin, but we sorely miss their company!