Skip to content
Back Home, British Museum, George Harrision, I Me Mine, It's Hard to be Hip Over Thirty, Judith Viorst, London, Maybe We'll Make It, Persephone Books, poetry, Regent's Park, summer travel, travel, wanderlust, Where Is It Written?

Can you believe my last post only recounted the events of our first two days in London? Sometimes it still baffles me the number of things we got to experience there. Day three was no exception.

We decided to start our day early, knowing there would always be so much to do and see in London. However, we failed to take into account that things in London do not like to start their days early. So even though we arrived at the British Museum at 8:30, it didn’t open until 10:00. Luckily, we found a cafe around the corner, Chandler had a second breakfast, and we returned at 9:30 to discover that the main gates had opened. Because while the exhibitions and galleries aren’t available until 10:00, the entryway and gift shops open earlier.

We spent about four hours wandering through the museum, thoroughly enjoying the ancient Egyptian pieces, the modern Japanese works, the clocks and watches, statues, and so much more. We would have happily attended either special exhibit: “Hokusai beyond the Great Wave” and “The American Dream pop to present,” but we’d heard London could get quite expensive, so we were touring the free museums, and we also just didn’t have time! 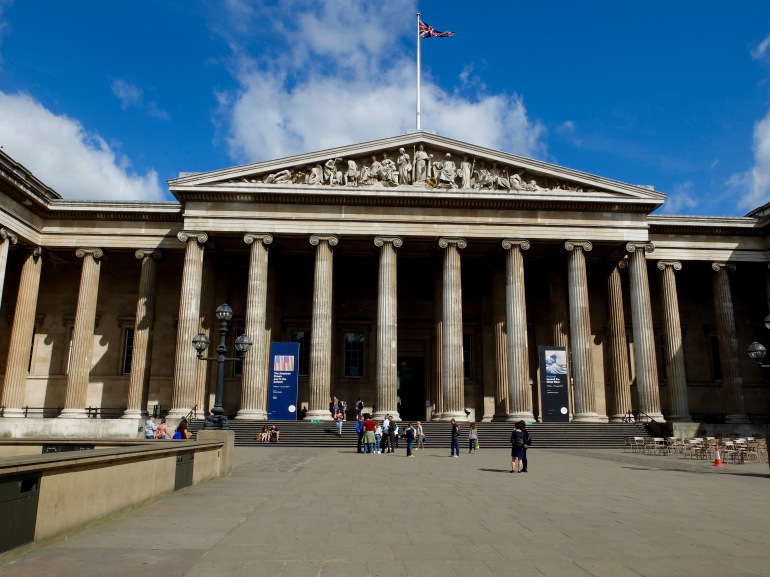 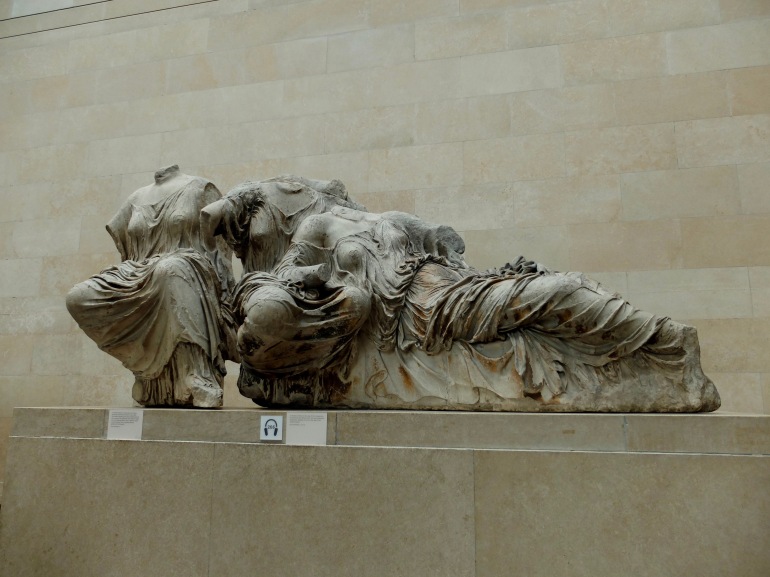 After the museum, I had to rush a very hungry husband to a restaurant he’s been missing since we left the US nine months ago: Chipotle. We’d thought about grabbing the food to go and picnicking in the Regent’s Park, but luckily we were too hungry to wait, because fate had other plans for us : )

After our meal we decided to take a side street to make it to the bus that would take us to Regent’s Park, and we passed a pop-up exhibition up for that weekend only to promote the re-release of George Harrison’s book I, Me, Mine. We walked inside to find the original hand-written song lyrics to “I, Me, Mine” as well as other famous songs like “While My Guitar Gently Weeps,” “All Things Pass,” and “Behind That Locked Door.” 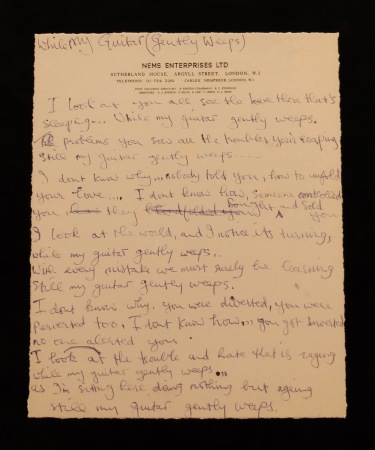 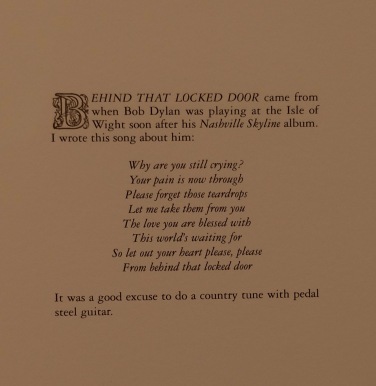 To say it was an incredible moment is an understatement. Chandler loves the Beatles and George Harrison, so it was memorable for him, but I also got a connection since George Harrison wrote “Behind That Locked Door” about Bob Dylan – one of my music icons.

Amazingly enough, the exhibit was free (and only advertised by a photo in the window, so we almost didn’t see it), though they might have frowned at our Chipotle – luckily we had already eaten it!

We finally did make our way to Regent’s Park and wandered through the Japanese Island and Queen Mary’s Gardens – damn did that woman love her roses! Over 400 varieties grow there, including one of my favorites: Ingrid Bergman.

Our last expedition for the day took us to Bloomsbury so I could hop in Persephone Books and pick up a book of poems by Judith Viorst. Probably best known for her children series Alexander and the Terrible, Horrible, No Good, Very Bad Day, I was there for It’s Hard to Be Hip Over Thirty.

I didn’t have a chance to read it in London, but have since gotten to in Leysin. I loved it. Most of her poems focus on marriage, the gender divide between men and women in the 60s (and today!), and travel. My three favorites were: “Maybe We’ll Make It,” “Where Is It Written?,” and “Back Home.”

If I quit hoping he’ll show up with flowers, and
He quits hoping I’ll squeeze him an orange, and
I quit shaving my legs with his razor, and
He quits wiping his feet with my face towel, and
We avoid discussions like
Is he really smarter than I am, or simply more glib,
Maybe we’ll make it.

If I quit looking to prove that he’s hostile, and
He quits looking for dust on the tables, and
I quit inviting Louise with the giggle, and
He quits inviting Jerome with the complex, and
We avoid discussion like
Suppose I died, which one of our friends would he marry,
Maybe we’ll make it.

We’ve fully examined James Reston, the war
John Updike, religion, the Renaissance, CORE,
And on all major issues we’re for and against
The same things.
Yet somehow we’ve managed to not miss a fight.
He tells me there’s nothing to nosh on at night.
I tell him that no one can sleep with a light in her eyes,
Not to mention
He takes too much time in the bathroom. But

If I quit clearing the plates while he’s eating, and
He quits clearing his throat while I’m speaking, and
I quit implying I could have done better, and
He quits implying he wishes I had, and
We avoid discussions like
Does his mother really love him or is she simply one of
those over-possessive, devouring women who can’t let go.
Maybe we’ll make it.

“Where Is It Written?”

And if a wife should finally decide
Let him take the shoes to the shoemaker and the children to
the pediatrician and the dog to the vet while she takes up
something like brain surgery or transcendental
meditation,
Where is it written
That she always has to feel
Guilty?

But today
When I was defrosting the refrigerator,
And telling the laundry no starch,
And asking the butcher to cut off all the fat,
And wiping fingerpaints from the floor of the co-op nursery,
And catching up on
Poverty,
Escalation,
Crime in the streets,
The crisis in the schools,
H. Rap Brown,
Mary Worth,
And the Beautiful People,
I find
I do not understand
America.