When you realize that your favorite moment in Rome took place in a cemetery (ok, and all the time you spent eating gelato), it’s time to get out of the city.

As someone who understands that Rome gets hot and it’s handy to have a favorite beach, I spent my college days at Ostia (and more often, the beachfront one train stop earlier). Neither beach had much in the way of food, refreshments (unless they came from a cooler), or bathrooms, but they were close. And while Ostia is pretty crowded on a Saturday, the beach one stop prior is nearly empty…or at least is was in 2010/2013.

Another factor in their favor: the ease with which we could get to them. Take the metro to Piramide and hop on a train to Roma-Lido. Plus, I love stopping in Ostia Antica. I couldn’t tell you why, but I find those ruins much more captivating than the ones in Pompeii.

That said, the beach is…so-so. Ok, it’s not winning any awards, but there is sand and there is water.

This time around, our Airbnb host recommended Sperlonga. The catch: It’s a whole-day affair.

We woke up early and made our way from Pigneto to Roma Termini and caught the hourly train to Fondi-Sperlonga. From there, we had to wait for the local bus (also hourly – but luckily coordinated) to take us into the town itself. Two-and-a-half hours from the time we left Pigneto, we were greeted by the white-washed town of Sperlonga. 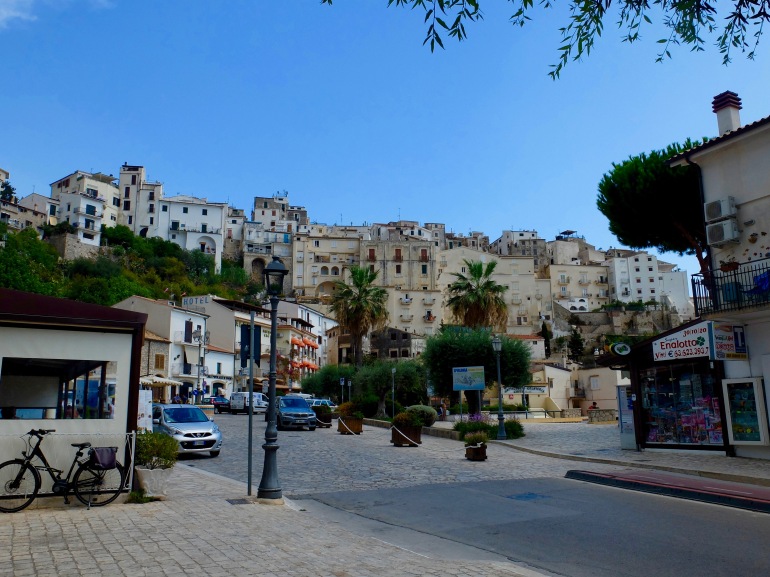 A beautiful town in its own right, we enjoyed the stroll through the “town square” as we made our way to the beach.

We had been told to get there early, because chairs fill up fast, but we needn’t have worried. We were there on a Wednesday morning, and while far from uninhabited, there was plenty of space to spread out.

We walked the length of the beach, looking for the most secluded area (our host had recommended a lagoon even farther away, but without a rental we were unsure about logistics). We ended up back where we started, near the jagged outcropping of rocks. 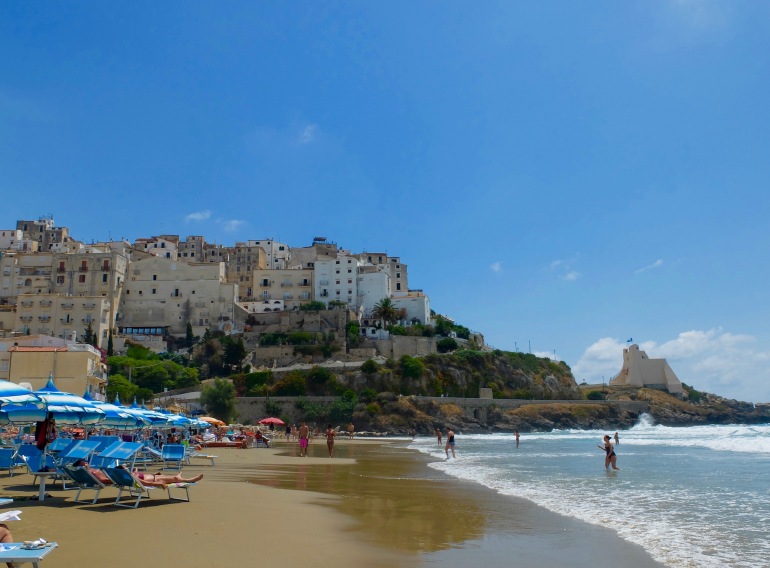 After claiming our seats, it was time for some fun in the sun. We may live on the coast in Accra, but nothing could tempt me into that water. Last October, we ventured west with some friends and found the water to be moderately cleaner, but the waves were enough to knock me down and leave me exhausted only 30 minutes later.

These waves were much calmer and this beach has won awards for cleanliness, water quality, and sustainable management. Plus, the squishy sand was fun to walk in : ) 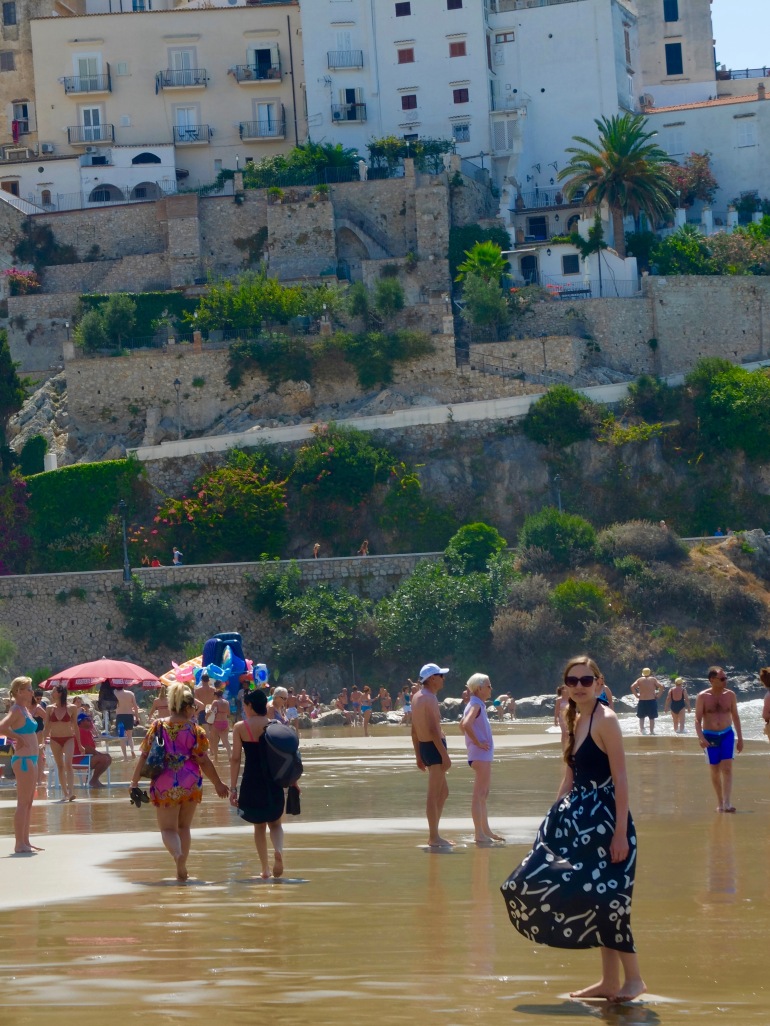 After getting our fill of the sun and the sand, we did what we always do in gorgeous, relaxing places: Read. Hunger finally drove us to take a stroll for some beach-side pizza.

It may have taken us another two-and-a-half hours on a bus/train/bus to get back, but our day outside of Rome was much appreciated. 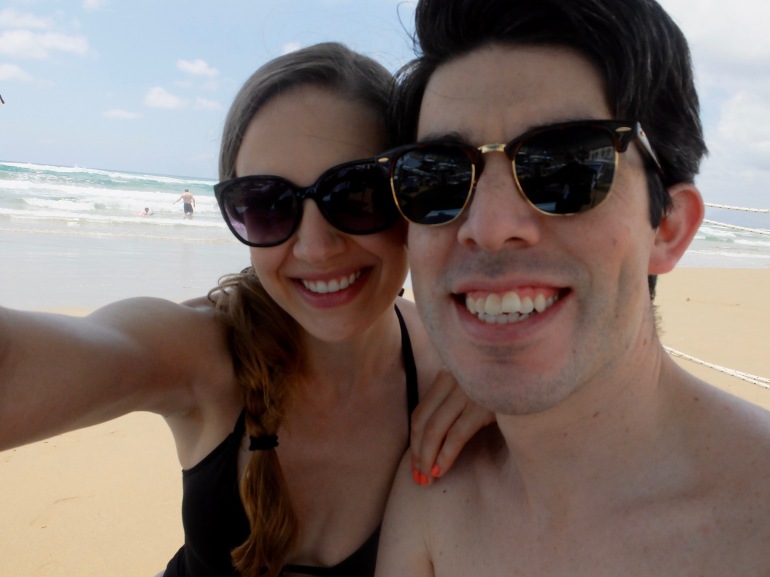