My last post was filled with all our Roman woes, but I’m happy to say they didn’t take up the majority of our trip. Knowing Rome wasn’t going to be Chandler’s favorite city this summer, we were determined to spend some time off the tourist track exploring places we hadn’t heard of before.

We started in Pigneto. We were on Airbnb, searching for somewhere to stay and I came across this Vanity Fair article, describing Pigneto as Rome’s Brooklyn. A place with great nightlife, a cool cafe culture, and more Italian than English spoken seemed right up our alley. We found a nice one-bedroom apartment for rent right on Via del Pigneto. 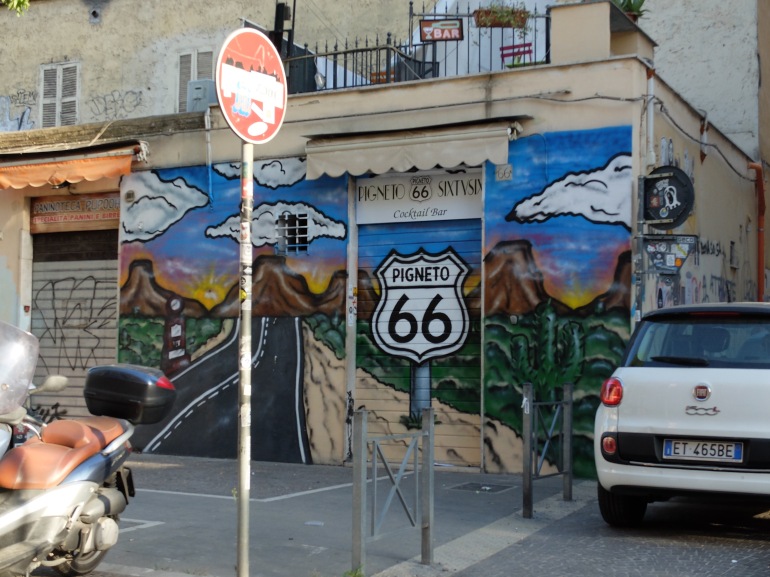 While there may not have been a lot to do in Pigneto during the day, it was an amazing place to escape to at night. Most evenings you could find us sampling some new wines at any of the various bars along Via del Pigneto and then roaming the neighborhood for a new restaurant to try.

During the day, we did more roaming – which actually happens to be my favorite pastime in Rome.

Before arriving, we had researched little known places in the city and Piramide Cestia kept coming up. Having been to Rome twice, I was surprised to find the city had its own pyramid. I was even more surprised to find out that it was located next to the Piramide Metro stop. A name I had never even stopped to consider before and a stop that I had taken on my way to the beach many times.

Piramide Cestia was one of our longer walks in Rome. There didn’t seem to be a convenient way to get to it from Pigneto. We took the bus into the city, got off at the Colosseum, and waited over 30 minutes for a bus that just decided not to come. At one point, we thought about just skipping the sight all-together, but in the end, we decided it was worth the effort to walk to something new.

So we hiked past the tour buses and tourists walking around with their selfie sticks and found ourselves in residential Rome. We walked past uncrowded cafes, secluded parks, and men breaking for lunch under the shade of oversized statues:

We made it to the pyramid, no pomp & circumstance required, and walked around the entire structure to find a small gate opening into a cemetery. What we had failed to notice in our research is that the pyramid isn’t a stand-alone structure. The pyramid, a tomb for Caius Cestius, a Roman magistrate and member of a college of priests, was built between 18 and 12 BCE. The area around it houses other graves and mausoleums. 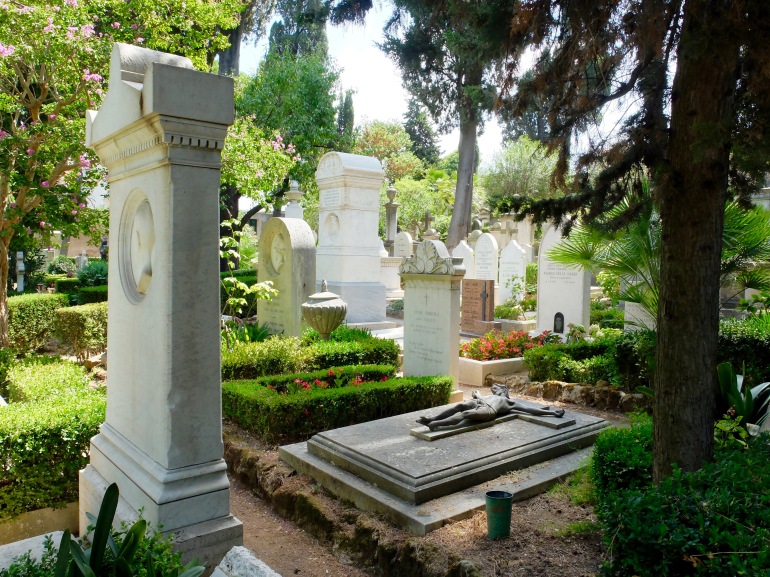 Not usually one to be found around the morbid or macabre, I was struck, not only by the calmness of the cemetery, but also by its beauty and light.

We were soon to find that the cemetery housed people more famous to us than Caius Cestius.

First on the list was Percy Bysshe Shelley, an English Romantic poet, and husband to Mary Shelley, author of Frankenstein:

We also happened upon what might be one of my new favorite statues. A weeping angel, built for a woman whose name I’ve already forgotten: 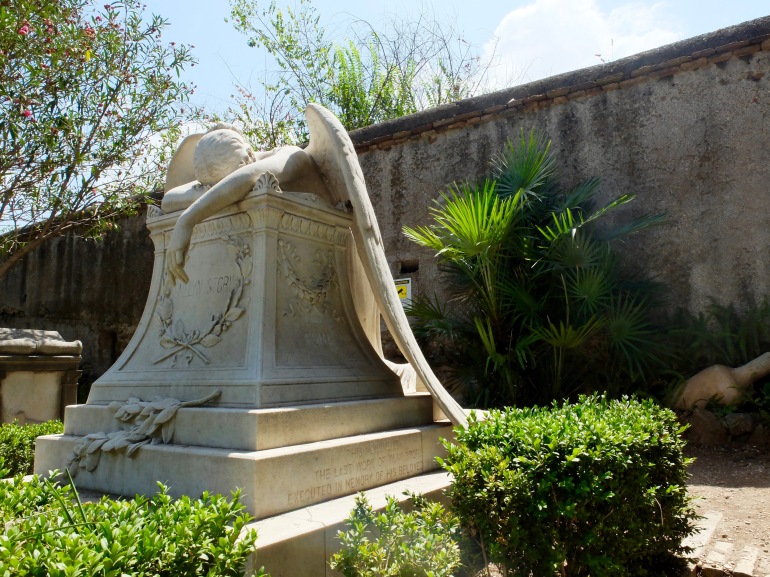 Around the bend and in view of the pyramid stands the cemetery’s most famous inhabitant, listed only as a “Young English Poet” on his gravestone. His friend, painter Joseph Severn, listed his name on his own gravestone: John Keats.

But the reason we came and by far the most impressive architecture in the park was Piramide Cestia:

We had other spaces in Rome nearly to ourselves as well. Parks seemed to be the most secluded spots – the dry summer and lack of rainfall, leaving areas I remember as lush and vibrant now crusty and brown.

Even the Villa Borghese gardens couldn’t escape the destruction: 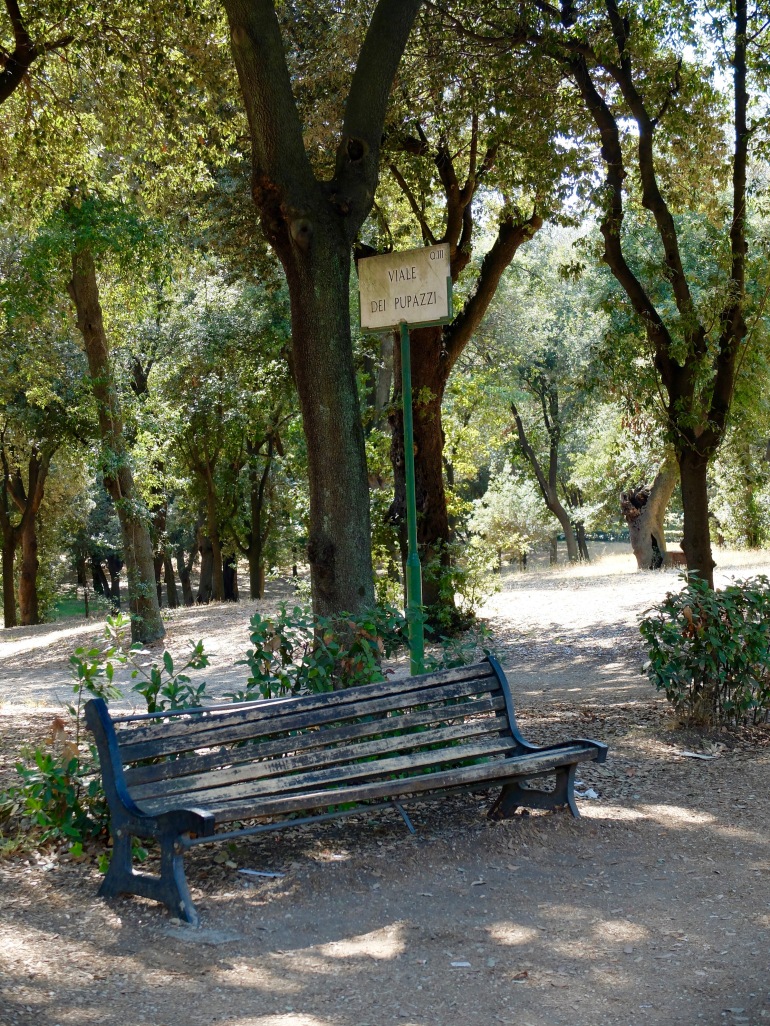 Our strolls took us past graffiti and motorcycle clogged streets. Not everything was beautiful, but everything was quiet, away from the hustle and bustle of the everyday tourist attractions. 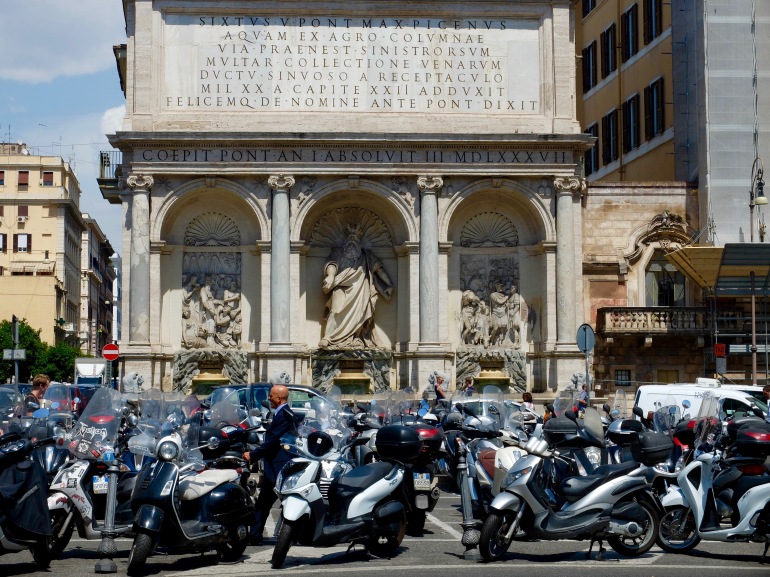 And, of course, every now and again, we would stumble across something that took our breath away. Chiesa del Sacro Cuore del Suffragio: 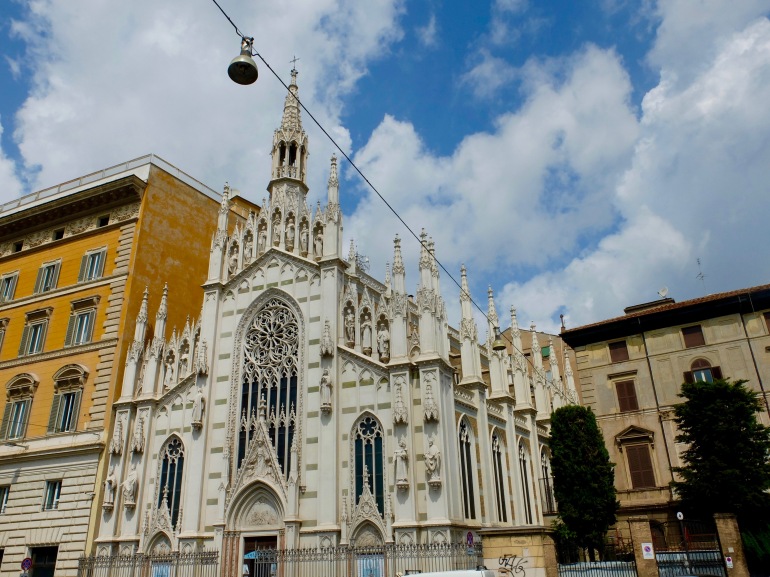