Last weekend we found ourselves in Joburg for some professional development and our three-day mantra became: “This is so much like Texas.” But, of course, we were oversimplifying. Because Texas, as you know, is a huge and wildly diverse state.

And Joburg didn’t remind me of simply of Texas, it reminded me of the area I called home for a year and a half: DFW. Specifically, Dallas.

Both cities are beautiful in the amazing expanses of green areas that can be found throughout. Both cities are absurd for having all that blank space, encouraging urban sprawl, and being unable to support a public transit system because of it.

Both places are well known for their barbecues/braais. And the picnics that pop up around them. Like this one at Riversands Market: 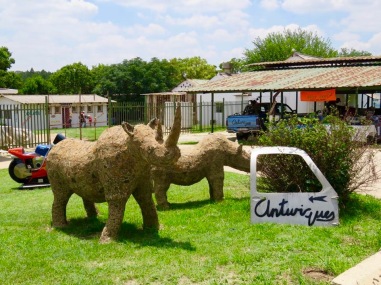 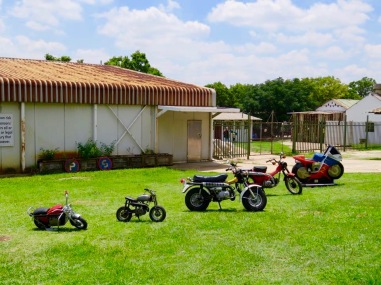 A few differences: it’s illegal to gamble in Texas and Joburg has fully embraced that wager of sin. Montecasino might be the most ridiculous place I’ve ever been…and I’d happily go back. Between the huge arcade, specialty popcorn, venues, and crazy good food, it’s easy to spend time there, even if you’re not one for gambling. Did I mention it’s themed? You’re supposed to feel like you’re wandering through a cozy Italian town – complete with the clothes lines. 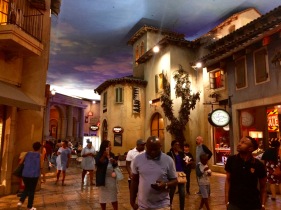 And while Texas is at the top of its game when it comes to craft brews, South Africa has some legit wine – and so cheap too! Half of our return luggage carried our top shelf Chenin Blancs, Shiraz, and Pinotage. Heaven.

Back to the similarities: The houses are ridiculously huge. You pass from extreme luxury to heartbreaking poverty in seconds. There are malls EVERYWHERE. Damn, do they both like nice cars. Did I mention both the state/country have game preserves? (Yeah, Texas is weird.) Both have incredible cuisine from around the world. Both have heinous traffic. It’s impossible to classify a style unique to each area, there’s such a mix of cultures: each city/surrounding area has 7-8 million people who call it home. Both cities value water conservation and have laws regulating water usage.

It felt crazy to recognize an old home in a new city. Even if we were only there for three days.

Note: These photos were taken by myself and Ali Cowieson.